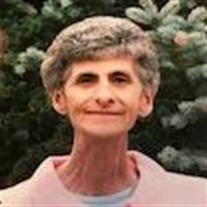 Dixie Rose Anderson 1947 - 2017 Dixie Rose Anderson of Ogden, Utah passed away at 70, on Monday December 25, 2017. She was born on April 27, 1947 in Ogden, Utah to Jesse Rose and Mabel Miller. She was married to Larry E Johnson, in the Logan Temple July 17 1964, and later divorced. She then married Earl Anderson June 8, 1994. She is welcomed by many loved ones who have passed before her. Dixie is survived by her husband Earl Anderson and sister Carma Berrett, her children Larry(Peggy), Kevin(Marlene), Shawna (Shane), Joanne( Brent), and Loved by many grandkids and great grandkids. Her loving heart, continuous kindness and generosity have been cherished by all those whose lives she has touch. She will be greatly missed. Funeral services will be 11:00 am, Wednesday, January 3, 2017 at the West Weber Ward, 4100 West 900 South, West Weber, Utah where a viewing will be Tuesday, January 2, 2017 from 6:00 to 8:00 pm and Wednesday prior to services from 9:30 to 10:30 am. Interment at Leavitt’s Aultorest Memorial Park, Ogden, Utah.

The family of Dixie Lee Rose Anderson created this Life Tributes page to make it easy to share your memories.