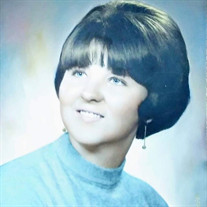 Dolores J Niebauer, 71, of Layton, Utah, previously of East Berry Street, Middlebury, Indiana, passed away Sunday evening at Apple Village Assisted Living. She was born February 24, 1948, to Virgil Lee and Marjorie Frances (Critchlow) Fisher in South Bend, Indiana. She graduated from LaSalle High School in South Bend in 1968. On May 31, 1971, she married Charles F Niebauer, who preceded her in death in 2011. She is survived by her daughter, Tammy Allen of South Bend; her son, Brook (Penny) Niebauer of Layton, Utah; her brother, Roger Fisher of South Bend; her sister, Lynn (Steve) Wysong of South Bend; and her grandchildren, Danielle Allen; Hunter Allen; Griffin Allen; Thaddeus Greene; Alison Niebauer; Jason Niebauer; Andrew Niebauer; Juliet Niebauer; Danielle Niebauer; and Kaylyn Niebauer. Additionally, she is survived by nieces and nephews, Monica (Jason) Nine of Lakeville; Carl (Haley) Fisher of South Bend; Carrie (Jason) Derdra of South Bend; Cody Wysong of South Bend. Also great-nieces and nephews, Colleen Nine; Tayler Fisher; Kamryn Fisher; Camden Derda; Catie Derda; Corey Henderson; and Cohen Wysong. Mrs. Niebauer has many other beloved family members that are in or are from Terre Haute and South Bend. She was preceded in death, in addition to her husband, by her son EJ Niebauer, who died at 8 months old in 1983, her son Adam who died in 2016, and her parents. She enjoyed working on genealogy, as family and extended family were exceedingly important to her. She was a foster mother to several children over the years. She was a very loving mother to them, as she was to her other children. She had been able to keep in contact with some of her foster children over the years since they left her home. Visiting with them was a great joy to her. She was a member of The Church of Jesus Christ of Latter-day Saints. There will be a memorial service held for Mrs. Niebauer on August 10 at 4:30 pm at The Church of Jesus Christ of Latter-day Saints at 3415 Pleasant Plain Ave, Elkhart, IN 46517. There will be a visitation line to give condolences to the family at 3:00pm before the memorial service at the same location.

The family of Dolores J Niebauer created this Life Tributes page to make it easy to share your memories.