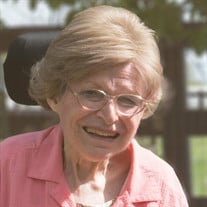 Donae Ricks Lewis passed away at the age of 75 on February 12, 2022 in her home in Provo, Utah. She was born on December 17, 1946 in Salt Lake City, Utah the fifth child (out of eleven) to Orian LaVell Ricks and Mary Jordan. What they lacked in material goods was richly compensated for in loving family relationships. They built their own home in Murray, Utah. Later, they moved to Provo, Utah. She served as a missionary for The Church of Jesus Christ of Latter-day Saints in the North British Mission. She attended BYU in Provo on a music scholarship, for a time, and held the position of 2nd chair in the French Horn section in the Philharmonic Orchestra. She later transferred and earned her Associates Degree in business management from Bakersfield College in California. She married the love of her life, Richard Henry Lewis on August 20,1971 in the Salt Lake Temple. They were blessed with a family of six children, half of which came after doctors advised against having any more due to her poor health. With confidence derived through sacred experiences, they continued to welcome the final three children into their home and hearts. It wasn't easy, but God provided the way. This legacy of faith is alive today in the hearts of their posterity. Their family was raised mostly in West Kearns, Utah, and then in Provo, Utah. She was very committed to her family, and would go to great lengths to help them succeed. Both she and her husband made the gospel a priority in their home, and taught their children to love the gospel dearly. Temples of God have figured prominently in the family, from endowments, followed by missionary service and/ or marriages of their children. And five of their grandchildren have served/ embarked on missions so far. She was a member of The Church of Jesus Christ of Latter-day Saints and served an 18-month full-time mission in the North British Mission, as well as in many positions in Primary and Relief Society throughout her life including serving as Spiritual Living Teacher in Relief Society, Relief Society Presidency, among others. She was an accomplished artist. She beautified their home with many artistic creations. She instilled a love of artwork in her children, and they found expression in school competitions for many years. Aside from all her personal artistic pieces, her handwriting was a work of art, in and of itself. She worked for a time, for a ceramics studio, crafting beautiful statuary works. Among the family's most loved pieces were her Mother Goose, and the statue of four-year old Anna Marie, sitting in the small, wooden rocking chair. Unfortunately, the statue of Anna was lost/ destroyed in one of their moves, but the Mother Goose sculpture survives still. When she was in her late 60's and early 70's, (and after she had already spent many years confined to a wheelchair, with many debilitating health challenges which left her beautiful hands deformed and unable to do much, having suffered from severe Rheumatoid Arthritis, Fibromyalgia, severe Osteoporosis, and many other ailments) she kicked most all of her pain medication away, and decided to go back to school at BYU for an art degree! She zipped around campus in her jazzy motorized wheelchair, overcame every obstacle, with a little help from her husband, Richard, and others. She worked extensively on a bust statue of George Washington, which sadly, was never fired. She also loved working on committees preparing for family reunions in her family. She would go to extensive lengths to help them sparkle and pop. And to encourage all to get involved in family history! The debilitating effects of Arthritis forced Donae to slow down, but with Richard's unfailing care, she continued to do many of the things she loved. For more than 20 years she has been the grateful beneficiary of help from many earthly angels. With a smile that belied her pain, she sought to lift others with cheerful encouragement. Effusive praise was heaped upon grandchildren, who knew without a doubt that Grandma loved them and was proud of them. She is survived by her husband, Richard Henry Lewis, her six children Delitra (John) Talbot, Ryan (Danielle) Lewis, Ben (Rachel) Lewis, Anna (Richard) Dahl, Joseph Hyrum Lewis, and Sarah (Carlos)Sanchez, and 31 Grandchildren, as well as 5 sisters and 3 brothers, numerous nieces and nephews. She is preceded in death by: her father, Orian LaVell Ricks, her mother Mary Jordan, her sister, Ruth Ann Ricks, her brother Lorian David Jordan Ricks Richard expressed his love for her every day, in caring for her needs, with endless loving care. She will be deeply missed. Services Funeral Service: Saturday, February 19, 2022 ~ 11:00 am Viewings: Friday, February 18, 2022 ~ 6:30-8:00 pm and Saturday, February 19, 2022 ~ 9:30 - 10:30 am All services at the Edgemont 10th Ward Building 340 East 4525 North (on the corner of Foothill Drive and Canyon Road) in Provo Interment to follow at East Lawn Cemetery ~ Provo, Utah Zoom link for attending the funeral virtually: http://mywebcast.churchofjesuschrist.org/provoutahedgemontnorthstake event code 18811

Donae Ricks Lewis passed away at the age of 75 on February 12, 2022 in her home in Provo, Utah. She was born on December 17, 1946 in Salt Lake City, Utah the fifth child (out of eleven) to Orian LaVell Ricks and Mary Jordan. What they lacked... View Obituary & Service Information

The family of Donae Ricks Lewis created this Life Tributes page to make it easy to share your memories.