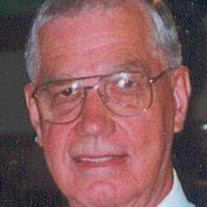 Donald Keith Miner 1927 – 2016 Donald K. Miner, age 89, passed away on August 11, 2016 in Orem, Utah, from causes incident to age. He was born June 10, 1927 in Whittier, California to Milo Cloyde Miner and Ellen Ora Petersen. He grew up in Pomona, California, graduating from Pomona High School in 1945, participating in football, basketball, and baseball for the high school team. Don enlisted in the Navy in 1946 and began training to become a Navy pilot. After an honorable discharge from the service, he was called on an LDS mission to his ancestral home of Sweden. At a mission conference on July 24, 1947, Don was one of 5 elders called to open the Finnish mission, where he eventually served as a branch president. After a serving a faithful 2 ½ year mission Don married Maxine Foote December 19, 1952 in the Salt Lake Temple. They are loved and admired by 8 children, 17 grandchildren, and 25 great-grandchildren. Don graduated from BYU in June 1955 with a bachelor degree in Management and Physical Sciences. Much of his career was spent in industrial engineering, but he also owned a home construction business in Kaysville Utah. He began another career when he was 65 years old working with the SBA as a construction analyst. His last assignment with the SBA came during Don’s 85th year. Don served as a bishop in Kaysville and led the ward efforts to raise funds to construct the Kaysville 7th Ward chapel. He and Maxine served a mission to the Washington DC Temple from October 2000 to April 2001. He served in many other Church callings during his lifetime – he felt his greatest calling was as a father and grandfather. Always faithful in the gospel of Jesus Christ, he recently told a granddaughter who asked for life counsel: “Serve others, keep the commandments, and enjoy every day of your life”. He tried to be an example in living that counsel. Don was preceded in death by his wife, Maxine, who he served and honored all his life, his parents, his brothers Garth, Cloyde, and Milo and his sister, Lila; also by his son, David, and a grandson, Benjamin. He is survived by five sons and two daughters: Larry (Jennifer), Stephen (Brenda), Janet Cramer, Richard (Lisa), Donald (Laura), Robyn (Steve) Anderson, and Michael, besides his grandchildren and great-grandchildren. Also sister-in-law, Margaret (Pat) Miner. Funeral services will be held on Monday, August 15, 2016 at 11:00am at the American Fork 30th Ward Chapel, 270 North 900 East, American Fork, Utah. Family and friends may call at the American Fork 30th Ward Chapel on Sunday, August 14, 2016 from 6:00pm to 8:00pm, and prior to services Monday from 9:45 am to10:45 am. Interment will be in the Bountiful City Cemetery.

The family of Donald Keith Miner created this Life Tributes page to make it easy to share your memories.