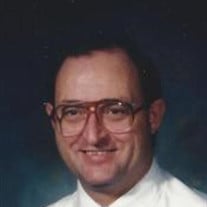 Our loving husband, brother, father, grandfather and great grandfather passed away peacefully on March 23, 2013 surrounded by his family who loved him dearly. He had fought a long battle with poor health for over 14 years. Don was born on January 16, 1943 to Francis (Frank) and Angelina Arens Ruth in Providence, Rhode Island. He spent his early years along the east coast and developed a great love for the ocean. His family moved to Florida when he was 10 years old and when he was 12 years old they moved to Pueblo, CO. Don loved to rock climb in his youth and spent countless hours in the Garden of the Gods climbing on the red rocks of that beautiful park. Don graduated from Centennial High School in 1961, and because all young men were being drafted for the Vietnam War, he decided to enlist in the U.S. Air Force. He spent the majority of his enlistment time after training stationed at March Air Force Base, California working as a mechanic on the B-52 Bomber. In 1964 he was deployed for 60 days to Guam when the military started bombing North Vietnem. He was discharged from the Air Force in September, 1965. While stationed at March Air Force Base, he met his sweetheart Paula Murphey, and they were married in the Los Angeles Temple on September 11, 1965. Don is a faithful member of the Church of Jesus Christ and served faithfully, especially enjoying his short time as a Temple Worker in the Mt. Timpanogos Temple. Don devoted much of his life to children with handicaps. He graduated from BYU in 1971 and taught for 30 years in Alpine School District working in Special Education for many of those years. He also loved computers and technology and was instrumental in helping to build the first computer lab at Hillcrest Elementary School in Orem. He retired from Alpine School District in 1999, because of continuing health problems. Don and Paula were blessed with seven wonderful children, fifteen grandchildren and one great grandson. Don is survived by his wife, Paula, his children, Michelle (Jay) Ferguson, Zach, Kennedi, Austin, Kaden, Taylor, Stephen (Kristen), Whitney (Nick) Poulson, great grandson Camden, Isaac, Trevor, Meranda, and Jaxon, Devin Ruth, Darin (Mikela) and Isabella, Melissa (Boyd) Phillips, Jacie, Josie and Jessi, Spencer Ruth and Tristin, and Taracen Ruth, his sister, Fran Coleman and her children, Rhonda and John and their children, and his cousin Gustave Ruth and family in New Hampshire. He was preceded in death by his father, Frank Ruth, his mother, Angelina Ruth, and his cousin, Stephen Ruth. Also survived by sister-in-law, Ruth Murphey, Brother-in-law, Roger (Lynn) Murphey, Sister-in-law, Maria Watson, and Brother-in-law, Butch (Donna) Murphey and many nieces and nephews who were all near and dear to his heart. A viewing will be held on Friday evening from 6:00 to 8:00 P.M. March 29, 2013, and from 9:45 to 10:45 A.M. on Saturday morning at the Lindon 3rd Ward Chapel, 320 West 500 North in Lindon, Utah. Funeral servies will be held at the same location at 11:00 A.M., on Saturday March 30, 2013, under the direction of Bishop Bret Frampton. Internment will be in the Lindon City Cemetery with full military honors.

Our loving husband, brother, father, grandfather and great grandfather passed away peacefully on March 23, 2013 surrounded by his family who loved him dearly. He had fought a long battle with poor health for over 14 years. Don was born on... View Obituary & Service Information

The family of Donald Martin Ruth created this Life Tributes page to make it easy to share your memories.