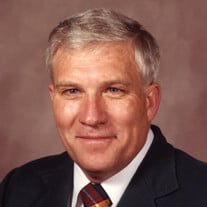 Donald Eugene Turner, 86, passed away peacefully, surrounded by his family, Tuesday, April 26, 2016 in Draper, Utah at the Assisted Living of Draper. He was born on August 29, 1929 in Montrose, Colorado, to Joseph Paul Turner and Mary Amelia Larsen. Don was the youngest of four children (Helen, Alice and Frank). When he was six years old, his father passed away from a ruptured appendix in 1935. His mother married Pleasant Jenkins Tirey on September 14, 1938 and they had one daughter, Merlene. Don graduated from Grand Junction High School in 1947. He graduated from BYU in 1951 with a Bachelor of Science/Chemistry degree and the University of Utah in the MBA program. He served in the U.S. Army at posts in Utah, California and Alaska. His career as a chemical engineer took them around the globe working in Utah, Washington, California, Iowa, Alaska, Dubai UAE, and West Africa. He married Margaret Frances Walsh, September 23, 1954 in Jeffersonville, Indiana. Their marriage was later sealed in the Salt Lake L.D.S. Temple on May 29, 1959. Margaret passed away in November 1994. Don remarried August 16, 1996 to Jacqueline Campbell in Sandy, Utah. He was an active member of the L.D.S. Church and served in many capacities. He served a LDS mission with his wife, Jacqueline, to Nauvoo. Some of his favorite activities: playing golf, tennis, skiing and other outdoor sports; attending BYU sporting events, and traveling all over the world. Don had a great sense of humor and loved a good joke. He loved his family and enjoyed getting together with them often. Don is preceded in death by his parents, his wife, Margaret Walsh and his four siblings (Helen, Alice, Frank and Merlene). He is survived by his wife, Jacqueline of Sandy, Utah and his four children: Terri Hutchings (Steven), Utah, Steve Turner (Carrie), China, Lisa Turner, California and Jon Turner, Texas. He was also loved by four grandchildren: Brian Turner (Cami), Destiny Schroeter (Mark), Kevin Turner (Gabby) and Paul Turner and 6 great grandchildren: Jayden Turner, Lincoln Turner, Treyson Schroeter, Emily Turner, Rylee Schroeter and Penelope Turner. The family wishes to express their appreciation to the caregivers at Assisted Living of Draper. The funeral service will be held Monday, May 2, 2016 at 12:00 p.m. at the Mapleton 6th Ward building at 1580 North Main, Mapleton, Utah. A viewing will be held from 10:30-11:45 a.m. in the Relief Society Room. Interment will be in the Springville Evergreen Cemetery.

Donald Eugene Turner, 86, passed away peacefully, surrounded by his family, Tuesday, April 26, 2016 in Draper, Utah at the Assisted Living of Draper. He was born on August 29, 1929 in Montrose, Colorado, to Joseph Paul Turner and Mary Amelia... View Obituary & Service Information

The family of Donald Eugene Turner created this Life Tributes page to make it easy to share your memories.