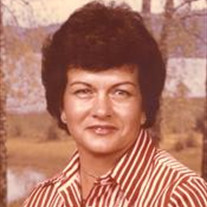 Our loving wife, mother, grandmother and friend passed away peacefully on Tuesday, February 21, 2012 from natural causes. She was born on April 28, 1939 to Don and Ethel Rosenlund in Moroni, Utah. Donna spent her early years on the family farm enjoying life as a small town farm girl; riding horses, the harvest, and the fall hunting parties. She attended North Sanpete High School in Mt. Pleasant, Utah. During this time, she met the love of her life William Russell Allred (Russ); they have been married for 56 years after being sealed in the Salt Lake City Temple. The couple was drawn to the Wasatch Front for work. Donna participated with a generation of women that wanted to experience a career, besides fulfilling the standard expectations of motherhood and a spouse. Donna worked in secretarial and office administration positions, but ultimately became a cosmetologist. Donna enjoyed the friendly conversation and social scene that cosmetology provided, making numerous friends and acquaintances with her patrons; she remained in the business until her retirement in 2009. Her career afforded the opportunity to provide for her girls and most importantly, spoil her grandchildren! Soon after moving to the Salt Lake Valley, Russ and Donna started a family. Their three daughters were born during the time they resided in Murray, Utah. Later the family moved to their current residence in Sandy, Utah. Donna loved to entertain and be entertained by her family and friends. She continued to enjoy the outdoors, camping, horse riding, and particularly boating with family. Donna is survived by her husband Russ; her three children, Diane, Tami, and Sherrie (Mike), all from Sandy, Utah; five grandchildren, Roman, Booker, Rachel, Joe, and Patrick; and 4 great-grandchildren. She is also survived by her brothers; Tom Rosenlund (Judy) in Sandy, Utah and Paul Rosenlund (Rita) from Fairview, Utah. She is preceded in death by her parents. A viewing will be held on Friday, February 24, 2012 from 6-8p.m. at the LDS Old Mission Ward; 1433 E. Old Mission Road (7900S.), Sandy, Utah. A graveside service will be held on Saturday, February 25, 2012 at 11:00 a.m. at the Mt. Pleasant City Cemetery located at 800 South 100 East in Mt. Pleasant, Utah. The family recognizes the kind care provided by the staff at Altaview Hospital, Intermountain Hospice, and especially Dr. J David Schmidt and Dr. Jon T. Walls’ care over the last couple of years.

Our loving wife, mother, grandmother and friend passed away peacefully on Tuesday, February 21, 2012 from natural causes. She was born on April 28, 1939 to Don and Ethel Rosenlund in Moroni, Utah. Donna spent her early years on the family... View Obituary & Service Information

The family of Donna Kaye Allred created this Life Tributes page to make it easy to share your memories.

Our loving wife, mother, grandmother and friend passed away peacefully...