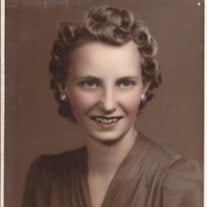 Dora Ann DeGraw-Wilson Dora Ann DeGraw-Wilson returned to her beloved heavenly father on January 17, 2015, just one day following her 92nd Birthday. Dora was born in Spring Lake Utah on January 16,1923 to Joseph Alma DeGraw and Luella Chatwin-DeGraw. Dora grew up in Salt Lake City with a family of 9 childre; 3 sisters and 5 brothers. These were hard times due to the economic crash of the Great Depression, however Dora and her brothers and sisters were very lucky, as their father persevered and eventually set into action the Church of Jesus Christ of Latter-day Saints church Welfare program. This program provided relief to over 50% of church members who at the time were without work, and without a means to pay for food. On or around 1948 Dora married Burt Munz and gave birth to three children. Her first born baby girl was delivered prematurely and died at birth. Her second child, also a baby girl, was born alive and healthy on January 1, 1950 – Happy New Year Jeneal Elaine Munz! Then came baby blue eyes Steven, born September 20, 1952. Burt unfortunately suffered from post traumatic stress due to his service as a Marine in WWII, this ultimately lead to the dissolution of their marriage and Dora was left as a single mother raising two children alone. That was not an easy thing to do back then, and times were definitely hard for Dora and her children. Dora met her true love Robert James Wilson Sr., and were married on December 5,1961. Dora soon gave birth to her youngest child, Robert Wilson Jr., on September 16,1962. Boy was Robert her little pride and joy; she sure did love him very much and he loved her just as equally so. Bob Sr. grew ill, and on July 29, 1983 he lost his battle for life. Dora and Bob were later sealed for all time and eternity in the LDS temple on April 30, 1988, where they shall be re-united once again. Dora was preceded in death by her Husband Bob Wilson, baby daughter, two sisters Mary and Ruth DeGraw; 3 brothers, Wayne, Eugene, and Clifford DeGraw, and three great-grandchildren. She is survived by 3 children; Jeneal (Munz) Andrews, Steven Munz, and Robert Wilson. 3 Siblings, Leora (DeGraw) Thomas, David DeGraw, and Leonard DeGraw, twenty-two grandchildren, and three great-great grandchildren. Memorial services will be held 11:00 am Saturday, January 24, 2015, at the Woodledge Ward, 5180 W 4700 S, West Valley City. In lieu of flowers donations to help the family cover funeral expenses would be greatly appreciated.

The family of Dora Ann DeGraw-Wilson created this Life Tributes page to make it easy to share your memories.