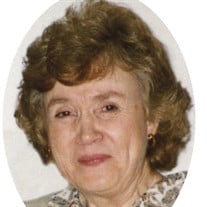 Doris Fietkau Harper was born July 28, 1930, in Arcadia, Utah, to Bessie Horrocks and Reed Fietkau. Her early years in Duchesne were in humble circumstances. Their family home was smaller than a typical garage, with an outhouse that felt miles... View Obituary & Service Information

The family of Doris Fietkau Harper created this Life Tributes page to make it easy to share your memories.