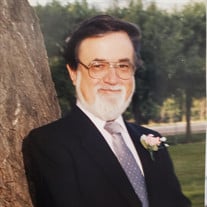 Douglas Robert Green Douglas Robert Green passed away peacefully in his home on the morning of September 8th, 2020 still managing to joke right until the end. Doug was born on January 19th, 1939 in Salt Lake City, Utah to Harold J. Green and Louise Nave. Doug grew up in Salt Lake City, Utah, and then moved with his family to Los Angeles California, where he graduated from Van Nuys High School in 1957. Shortly after graduation, Doug enlisted and served honorably and proudly as the bugle boy in the United States Marine Corps. Upon completing his service with an honorable discharge, Doug enrolled in and subsequently graduated with honors from Long Beach State College. Doug worked for Hill Air Force Base as a TV/Film Specialist and then worked for the Internal Revenue Service as the Public Affairs Officer where he would later retire. After retiring, Doug began giving of his time and talents in the service of his neighborhood and community. He especially enjoyed his time at Enable Industries, and with the 2002 Paralympic and Olympic Winter Games in Salt Lake City, Utah. Doug was blessed with a daughter, Donna, from a previous marriage, and upon marrying his sweetheart Diane, he inherited her six children and a lot of noise. Doug, along with Diane and the family, spent much of their time camping, fishing, and practicing his talent for photography. He was also an integral part of establishing the trails near his home with the Ogden Trail Network. He and Diane spent many hours thoroughly researching the family’s genealogy. If you couldn’t find him buried in the pages of a book, you’d find Doug tinkering on a wood project in his shop, on the ski slopes, or at his computer creating something he couldn’t wait to share with others. Far more than what he did in his life was who he was and the example he set for those lives he touched. Doug showed what it meant to be a man, a husband, and a father. He served others every chance he got. He loved deeply and laughed often. We are all better for the time we got to have him as part of our lives. Douglas is preceded in death by his parents Harold and Louise, his sisters Joan Green and Susan “Susie” Hall and his stepson David Gerry. He is survived by his sister Jean Green, his wife Diane Green, his only daughter Donna Schaus (Sonny), , his niece Angie Hall, and his stepchildren Rachel Shupe (Aaron), Amanda Hopkin (Jase), Jason Gerry (Dana), Jonathan Gerry (Megan), and Leanne Joy (David), as well as many grandchildren. Douglas will be interred in the Ben Lomond Cemetery in North Ogden, Utah in services that will be kept to immediate family due to the COVID 19 Pandemic. The family has felt and appreciates all the support they have been given at this difficult time. In lieu of flowers, please send donations to Shriner’s Hospital for Children, Salt Lake City and Reading is Fundamental in memory of Doug Green.

Douglas Robert Green Douglas Robert Green passed away peacefully in his home on the morning of September 8th, 2020 still managing to joke right until the end. Doug was born on January 19th, 1939 in Salt Lake City, Utah to Harold J. Green and... View Obituary & Service Information

The family of Douglas Robert Green created this Life Tributes page to make it easy to share your memories.