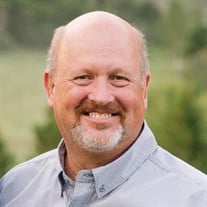 Dru Curtis Wynder, husband, father, son, and brother, died suddenly from a yet-to-be-determined cause at his home in Cottonwood Heights, Utah, on July 19, 2021. Dru was born on February 22, 1958, in Ogden, Utah, to F. Curtis and NaVee Harris Wynder. He grew up in Provo, Utah, with his older sister Michelle and younger brother Darin who happened to be born on Dru’s sixth birthday. He graduated from Provo High School, where he played varsity football and sang in choir groups. At Brigham Young University he was a member of the Samuel Hall Society and the BYU International Folk Dance Ensemble. His trip to China with the Folk Dancers was one of his favorite memories. Much to his mother’s dismay, Dru remained single until his late thirties when he finally married Stephanie Jorgensen on March 26, 1994, in the Provo Utah Temple. They are the parents of three children: twins Mason and Sydney, and Bryn. He was happy to welcome McKay Hatch to the family as his son-in-law and Brooke Lusty as an honorary daughter. He was so excited to become a grandpa in December. He was devoted to his wife and children and was always front and center at every performance or event involving his kids. They love him and will miss him more than words can say. He started his retail career at Check Point in the University Mall in Orem (where he also dabbled in modeling). He continued his career working in many sales and management positions at ZCMI, Nordstrom, Old Navy, and Franklin Covey. More recently Dru worked in the financial services industry at Discover. His most beloved job was as a DJ for Chrysalis Sound, his dance music business that he started with his brother Darin. They were the most popular DJs for dances all over Utah County! Even when the dance DJ days were over, “Disco Dru” continued to be the star DJ at friend and family weddings, school events, and church parties. An active member of the Church of Jesus Christ of Latter-day Saints, Dru served a full-time mission in Wisconsin. He served faithfully in many other callings and was a compassionate friend to ward members. He loved singing in the ward choir and being part of the “back row choir guys.” Dru was a man of many talents. He performed with the Just Us singing group, built his own furniture and shed, had a great sense of humor (he was known to say, “I’m the funniest person I know”), and could carry on an entire conversation in movie lines. His knowledge of useless pop culture trivia was astounding. He liked to claim he was “The Voice of Cottonwood Athletics,” announcing the Colts high school basketball and football games for several years. Dru was always ready for a party, a visit, or a movie. Dru is survived by his wife Stephanie, his son Mason, his daughters Sydney and Bryn (McKay) Hatch; his sister Michelle Little and her children Elizabeth (Seth) Ferguson, Andrew (Kourtney) Little, and Nathan (Linda) Little; his brother Darin Wynder; and his in-laws Norman and June Jorgensen. He was preceded in death by his father Curtis Wynder, and his mother NaVee Wynder just six weeks ago. He will be sorely missed by his brothers and sisters-in-law and many nieces and nephews who love Uncle Dru! Funeral services will be held Monday, July 26, 2021 at 11:00 a.m. at the Butler 11th Ward Chapel at 1845 East 7200 South, Cottonwood Heights, Utah. Viewings will be held Sunday, July 25 from 7:00 - 9:00 p.m. and Monday, July 26, prior to the funeral from 9:30 - 10:45 a.m. The service will also be broadcast via this link: https://us02web.zoom.us/j/87889494578?pwd=ZTVta1pDVDZyblJWM1cvUHdwQndVZz09 Dru’s family appreciates the care and compassion of the Cottonwood Heights first responders, the members of the Butler 11th Ward (the Big 11), and the many friends and family members who have offered their love and support.

Dru Curtis Wynder, husband, father, son, and brother, died suddenly from a yet-to-be-determined cause at his home in Cottonwood Heights, Utah, on July 19, 2021. Dru was born on February 22, 1958, in Ogden, Utah, to F. Curtis and NaVee Harris... View Obituary & Service Information

The family of Dru Curtis Wynder created this Life Tributes page to make it easy to share your memories.