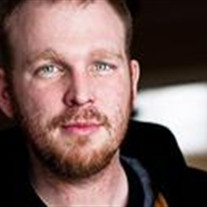 Dustin James Dodd lost his battle to Glioblastoma at the tender age of 31 on Saturday, March 23nd 2013. On October 22, 2012, Dustin was diagnosed with Glioblastoma multiforme–the most common and most deadly form of cancer. Dustin’s battle with Cancer lasted for 5 months. At approximately 2:03 AM (Saturday, March 23rd) Dustin Dodd was called home to be with his loving heavenly father. In the hours leading up to his passing in the early hours of the morning family and friends gathered around him; spoke with him, told him how much they loved him, talked about their favorite memories they had with him, laughed, and laughed hard, they danced and played his favorite music, raced around in wheelchairs, had sock races in the hallway, kissed him, cuddled and loved him with every single ounce of their being. Aimee assured Dustin that everything would be okay that he would be released from the shackles of this terrible evil disease and be whole again. That he could now leave this “Good Life” for another. Dustin will be missed so very much. Dustin was larger than life and had the most generous, loving kind spirit. Aimee spent months by his side cradling and caressing her husband. She never left his side. She loved him with all that she had and he loved her just as much and did not want to leave this “Good Life”. Dustin had a unique bond with each one of his 6 children whom he loved so much. Dustin placed a high premium on his relationship with his friends and would give the shirt off his back for anyone of them - something that changed lives forever. Dustin’s Journey, as documented on Facebook, has had a unique impact across the globe. His life and story has touched the hearts of tens of thousands of people of all ages, religions, and cultures. His legacy of love and faith will leave a ripple effect of softened hearts and inspiring faith in God that may never be truly understood in this lifetime. The Dodd family wishes to express gratitude to the many family, friends and supporters of Dustin and his Journey. Thank you, to all of you who reached out to the Dodd Family to offer love and support. Your packages, letters of encouragement from all over the world, the paintings and drawings from children everywhere, they will be treasured forever. You made us feel like we were never alone; you renewed our hope and made us believe in miracles. Because of all of you, YOU made us Never Ever Give Up. Ultimately the Cancer was bigger and stronger than Dustin and he was called home. Our hearts are heavy with sorrow, but filled with gratitude and peace. Dustin’s Journey is not over: it has only just begun ... in this life and the life after. Dustin is survived by his loving wife Aimee Ranee Dodd, his 6 children, Alysah Jenne, Jacob Isaac James, Brennan Adom James, Kayleigh Analise, Aundrea Kendall , and Landon Tieson. His parents, siblings, nieces and nephews and many other loving family members and dear friends. In lieu of flowers donations can be made to the Dodd Family donation fund at Children of the Earth: http://childrenandtheearth.com/events/dodd-family-father-of-6-passes-away-from-brain-tumor/ Services for Dustin Dodd will be as follows: VIEWING 9:45-10:45 will be held at the LDS Meeting House at the following address 3793 East Rose Heartly Ln in Eagle Mountain Utah 84005 FUNERAL SERVICE 11-12 PM directly after the viewing on March 28th, 2013 LUNCH will follow the service and be served for close friends and family from 12-1 Interment & Dedication of the Grave 2-2:30 will be held at East Lawn Memorial Hills Cemetery 4800 E Lawn Dr. Provo Utah 84604

Dustin James Dodd lost his battle to Glioblastoma at the tender age of 31 on Saturday, March 23nd 2013. On October 22, 2012, Dustin was diagnosed with Glioblastoma multiforme&#8211;the most common and most deadly form of cancer. Dustin&#8217;s... View Obituary & Service Information

The family of Dustin James Dodd created this Life Tributes page to make it easy to share your memories.

Dustin James Dodd lost his battle to Glioblastoma at the tender...