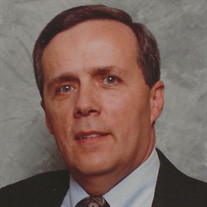 Earl Wilson Hatch June 19, 1944 – July 23, 2020 Earl Wilson Hatch, age 76, died on July 23, 2020 in Utah from complications following a brain hemorrhage. He was born on June 19, 1944 in Quincy, Massachusetts to Bela Ellsworth Hatch and Ruth Wilson. He was the third son in a family of three boys: Bela Hatch, Jr. (“Skip”), Charles Hatch (“Charlie”) and Earl (“Buster”) and felt so blessed later when his father re-married and baby girl Arlene Hatch was born to Bela and his wife Betty Sidebottom Hardwick. Earl enlisted in the Marines not long after graduating from high school. He spent over 4 years in the military, proud of the service he gave for his country and retained a strong sense of patriotism throughout his life. He married Karin Pettersson in 1967 and they raised two children, Willie and Sandy. Earl loved being around water. He grew up near the ocean and once he moved inland, enjoyed walking around the lake. Earlier in life he enjoyed tennis, skiing, hiking, and woodworking. He also enjoyed golfing, long drives, reading, fishing and watching murder mystery shows on TV. Earl was a people person – he enjoyed conversations with his customers during his sales career, making new friends at the lake and taking friends and family out to eat. Throughout his life Earl enjoyed food of most every variety (except lettuce), always had a piece of candy or a cookie nearby, and was known to never say no to ice cream. Earl joined the Church of Jesus Christ of Latter-day Saints in his 40s and was sealed to Karin and their two children in 1987 in the Dallas Texas temple. He held dearly the doctrine that families can be together forever. Earl is survived by his wife, Karin; children Willie and Sandy (Tom); sister Arlene; 9 grandchildren and 3 great-grandchildren. He is preceded in death by his parents, his older brothers, Charlie and Skip, and a daughter, Deborah, who died the day she was born. Due to Covid-19, the family will hold a graveside service only on Wednesday, July 29, 2020 at 11:00 am at Orem City Cemetery. Interment to follow. In lieu of flowers, please consider a donation to Wounded Warriors.

The family of Earl Wilson Hatch created this Life Tributes page to make it easy to share your memories.