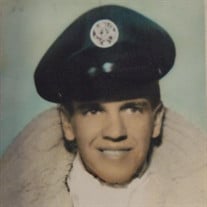 Edward William Bitton, 89, of Sandy, Utah died Friday, March 25, 2022, at his home surrounded by his beloved family. Born August 19, 1932, in Pasadena, California, the son of William E. Bitton and Ada Briggs Slater Bitton, Ed was a well-loved husband, father, grandfather, great-grandfather, uncle, brother and friend. From a very young age Ed had a wide array of interests and heightened compassion as exemplified by his diverse career. He excelled as an Airman First Class in the United States Air Force, as a teacher and boarding school administrator on the Navajo Nation in Piñon, Arizona. Along the way Ed earned a bachelor's degree, two master’s degrees and a PhD. He served as a high school teacher in Watts, California and as a school psychologist in the Los Angeles City School District. Wanting to be closer to family, he accepted a position as Head School Psychologist with the Murray School District, in Murray, Utah, where he retired in 1994. Ed married the love of his life, Rebecca (Becky) Baxter Bitton, in the Salt Lake Temple on December 27, 1968. Together they served in many capacities, including at the Utah State Prison, where they provided fellowship to inmates as Ed served as an LDS Sunday School Superintendent; together they served an LDS inner-city mission in Salt Lake City. Ed enjoyed his time spent with the Mormon Battalion, honoring passed veterans and doing good works. Ed devoted his life to helping others, particularly children. He found joy volunteering for the Boy Scouts of America where he sought to build character and lift the lives of young people. He especially enjoyed leading the disabled scouts in a troop in the Southern Salt Lake Valley. For his years of service he was nominated for the Silver Beaver Award. Ed had an unquenchable thirst for knowledge and a deep curiosity about life. He enjoyed science and space exploration, as well as studying nature and doing arts and crafts projects. He expressed his creative side through gardening where his green thumb created an oasis in the backyard. He loved rock hounding, silversmithing, and always had a project going on. He enjoyed classical music and playing acoustic guitar. Ed had a fondness for all animals, but especially dogs. Perhaps his greatest gift was connecting with those who in many ways were overlooked. He was a fierce champion of the underdog and an advocate for children. He never met a child he didn’t connect with immediately. He believed that each of us are “infinitely precious” and unique; he reminded his loved ones of that regularly. Ed was always filled with life, wisdom, wit and fun. He was creative, loving, intelligent and ever ready with a joke. But above all else his greatest love and joy was his family. Ed is survived by his wife Rebecca Ann Baxter Bitton, five children: Cindy Dawes (Kent), Joyce Ponzio (Tom), Michael Bitton (Marta), Katie Bitton, Chris Bitton (Andrea), nine grandkids, six great-grandkids, one brother Eugene (Tony) Bitton, Becky’s four siblings and their spouses, and many adored nieces and nephews. Edward was proceeded in death by his parents, three brothers; Lou Bitton, Wesley Bitton and Elbert Bitton and one sister; Stella Bitton Hampton. Services will be held Thursday, March 31, 2022, at the Park Chapel located at the corner of 9800 South and 2300 East in Sandy, Utah. A viewing will be held from 10-11am with a funeral service following at 11am. Interment will be at the Sandy City Cemetery. Join Zoom Meeting https://zoom.us/j/97053365086?pwd=c0NrYXhQZ0cvaFRrbk5sRi9VdVdoUT09 Meeting ID: 970 5336 5086 Passcode: 312832 One tap mobile +16699006833,,97053365086#,,,,*312832# US (San Jose) +12532158782,,97053365086#,,,,*312832# US (Tacoma) Dial by your location +1 669 900 6833 US (San Jose) +1 253 215 8782 US (Tacoma) +1 346 248 7799 US (Houston) +1 929 205 6099 US (New York) +1 301 715 8592 US (Washington DC) +1 312 626 6799 US (Chicago) Meeting ID: 970 5336 5086 Passcode: 312832

The family of Edward William Bitton created this Life Tributes page to make it easy to share your memories.