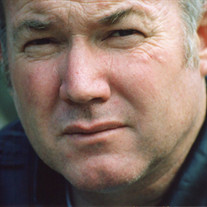 Ed Blaine Chandler (1944-2018). Ed (Edwin) Blaine Chandler passed away on March 4, 2018, surrounded by his loved ones. His passing puts to rest the decades long debate of whether he was truly invincible, or just had more lives than any cat would dare dream of. Ed was born on November 12, 1944, in San Bernardino, California to Walter Edward and Leah Bean Chandler. His childhood included considerable amounts of mischief making in his grandfather’s orchards with his brothers, John and Phil. Ed had a passion for learning, which led to an uncanny proficiency in certain life skills such as spelunking, airplane/automotive building, and explosive demolition. Occasionally these interests would result in a visit from the Fire Marshal that lived 2 doors down. He graduated from BYU with a BS degree in Industrial Education. After graduating, he taught shop and woodworking at El Segundo High, and later Cottonwood High, before pursuing his life long career in automotive equipment sales. He married Sharon Lewis Chandler on September 20, 1975, whom he affectionately referred to as Lil’ Brown Eyes. Ed enjoyed many diverse hobbies as long as an engine was involved. If you drove by his house on any given day, odds were good that you would catch a glimpse of his Levi’s and white t-shirt sticking out from underneath a hot rod. He also had a great sense of humor, and loved to entertain his family by telling terrible puns or reciting the Jabberwocky. In his later years, he was a celebrity among his grandchildren for his easy distribution of candy, popsicles, and sips of “Grandpa’s Coke.” He wrote his own rules, and if you said he couldn’t do it, he would make sure he could. He is survived by his excessively patient wife Sharon; their children David (Ashley), Debbie (Trevor); his former wife and good friend Barbara Johnson; their children Shayne (Warren), Stacy (Stephane); his grandchildren David, Dylan, Dmitry, Lola, Alixe, Andy, Ben, Coleman, Oly, Avery and Alexis; and his 1932 Ford Coupe. Preceded in death by his parents, his brother Philip, and his brother-in-law Mark. A viewing will be held on Friday, March 9th from 6 to 8 pm at Wasatch Stake Center, (8170 S. Shorthills Dr.) followed by funeral services at the same location on Saturday, March 10th at 12 pm, with an additional viewing between 10:30-11:30 am. In lieu of flowers, please make a donation to the Huntsman Cancer Center or come take a used car part out of his garage.

Ed Blaine Chandler (1944-2018). Ed (Edwin) Blaine Chandler passed away on March 4, 2018, surrounded by his loved ones. His passing puts to rest the decades long debate of whether he was truly invincible, or just had more lives than any cat... View Obituary & Service Information

The family of Edwin Blaine Chandler created this Life Tributes page to make it easy to share your memories.