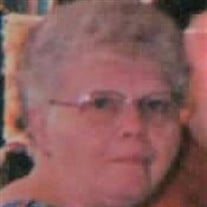 Ellen L Donohue, was born in Eugene Oregon on June 28, 1946. She did most of her schooling in Eugene and surrounding areas. She graduated High School in 1964 and married Donald Donohue on July 30th 1964. They knew each other 30 days before getting married. They had 4 children James Donohue, Sharon Lawerence , Michael Donohue, and Pamela Padilla. Tragically she lost her husband in a logging accident that left her widowed at 26 years old. She was working at the Cinnabar when she decided she wanted something more for her and her children and moved to Elko NV where she lived for 40 years. She started working at the Cottage Café when she first got to Elko. She had an opportunity to work with the Senior Citizens as a Dietician and continued working for them for 5 yrs. She worked at JCPennys for a short time before she went back to her true love, the kitchen. Cooking was her passion and felt very comfortable and enjoyed making new dishes with flair. She tried waitressing at Stockman’s and loved to serve the people but the kitchen was her true calling. “Louise” as most people affectionately called her loved the outdoors camping, fishing, gardening, and barbequing, with friends. She was well known for her delicious dishes of paella, peach cobbler, and jams she canned herself. She had a love for animals. Her last companion “Leepy” was the light of her day and kept her on her toes. She loved her family more than anyone will ever know and enjoyed her grandchildren, Dusty Donohue, Katrina Donohue, Kelsey Grant, Ashton Willis, Lucina Marin, Benancia (Marin) White, Salvador J. Marin and Chad Donohue. She especially loved spending time with her great-grandchildren, Justin J. Hussey and Elokia M. White and they loved their G.G. dearly. She had a bond that no one else could top with her great grandchildren. Louise unbenoticed to most donated funds to various charitable organizations like ASPCA, Wounded Soldiers, the Heart Association, and Alzheimer. She moved to Salt Lake City in 2012 for medical reasons where she lived until her passing. She passed away of natural causes at home with her family by her side in Salt Lake City, Utah on January 9, 2018. She is preceded in death by her mother Dorthy Gurney, her father Robert Williamson, sister Linda Hernadez, daughter Sharon Lawerence as well as many gradparents, uncles, and aunts. Services will be held Saturday January 13, 2018 at 1:00 pm at the LDS church Bingham Creek Stake located at 1465 west Bristole Ridge Road with a luncheon afterwards provided by the Relief Society.

Ellen L Donohue, was born in Eugene Oregon on June 28, 1946. She did most of her schooling in Eugene and surrounding areas. She graduated High School in 1964 and married Donald Donohue on July 30th 1964. They knew each other 30 days before... View Obituary & Service Information

The family of Ellen Donohue created this Life Tributes page to make it easy to share your memories.