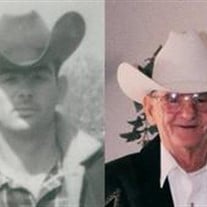 Elvin Gene Gage (August 12, 1940 - January 7, 2014) 73 Yrs Old The son of Clarence Albert Gage and Neola Wilkerson was born August 12, 1940 Price Utah. He passed away peacefully at his home in Salt Lake City, Utah, on January 7, 2014. He was suffering with a long bout of Emphysema - COPD. Elvin was preceded in death by his wife Linda Jean Rock who passed away May 12, 1967, and his father Clarence Albert Gage passed away October 20, 1952, his mother Neola Wilkerson Gage passed away July 4, 2009. Survivors include their children, Liz (Elizabeth Dawn Gage Holmes), husband Paul Holmes, James Clarence Gage, granddaughter’s Linda Tassone, grandson Rex Stam, and great granddaughter Faith Ann Hope Tassone. Also grandson James Clarence Gage Jr., wife Tori and granddaughter Cassie Pearl Gage. Elvin has two surviving brothers Richard Albert Gage and Delbert Clarence Gage, and three surviving sister’s, Joy Elaine Black, Rita Sandra Branca and Shanna Gayle Parker. Those who know Elvin, knew he had a fun loving personality, he always teased the people he liked. Elvin had many friends, the kind of friend that once he made a friend, they stayed and remained his friend throughout his life. As Elvin’s family, we would like to take this time to thank the neighborhood Dee’s Family Restaurant on Twenty-First South and Seventh East in Sugar House, for being such true friend to Elvin. Elvin, would come into Dee’s Restaurant without his oxygen, and the owner would send someone out to his car to get it for him. Or when they didn’t see him for a few days they would call his home or his family to make sure that he was alright. We would also like to thank the Gentiva Hospice Care for their compassionate service and care.

The family of Elvin Gene Gage created this Life Tributes page to make it easy to share your memories.