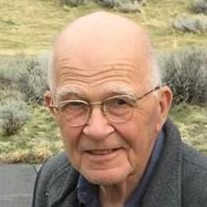 Erik Sigvard Brammer – 05/25/1940 – 03/23/2017 Erik Brammer passed away peacefully on March 23 2017 surrounded by family and friends in Salt Lake City Utah. Erik was born in Mariehamn Finland to Harry Erik Brammer and Viola Solange Brammer who gave him the moniker “Sigvard”. At the age of four he moved with his family to Sweden where he completed his elementary and secondary education as well as military conscription. In 1964 Erik moved to Provo Utah to attend Brigham Young University. (Driven by a dislike for the English pronunciation of his name Sigvard, he began instead using his first given name “Erik” which he continued for the rest of his life, although he remained known as Sigvard by those he knew prior to his move to the U.S.). While at Brigham Young University, Erik met his wife-to-be Barbara Elizabeth Wallace (6/13/1938 – 1/9/2015) and graduated with a Botany degree in 1968. Erik and Barbara were married in Tabiona Utah on 12/23/1968 and later moved to Sweden in the spring of 1969. Erik completed his Doctorate degree in Limnology, in the field of Botany, at Uppsala University in 1979 and spent most of his professional life in academia and private business. Parallel to his professional life, Erik was active, outspoken and influential in national environmental politics during the 80’s and 90’s, and was particularly engaged in ecological projects and initiatives in Eastern Europe and several Baltic states. Throughout his life, Erik enjoyed spending time with his large extended family and remained very close to his sister and many of his cousins, aunts and uncles right up until their/his passing. Erik was a gifted linguist and writer, and published several academic papers in both English and Swedish, several non-fiction works including his father’s sea-journal (1933 – 1935), and shared these talents to benefit many colleagues and friends over the years. Erik had an instinctive sense for preservation and found great value and satisfaction in, and dedicated significant time through his life to, preserving history, nature and important artifacts. Other areas of interest included classical music, photography, mechanics, electronics, family history, science, genealogy and the wonders of the natural world. Later in life, his interest for family history grew stronger which fostered a greater affection for his late father and forefathers and often brought him to the Genealogy and Family History libraries in Salt Lake City, his last visit only the evening prior to his passing. As grandchildren began to arrive, he took great interest in their lives individually, often expressing great love for them, sharing his humor with them, and anxious to pass on his knowledge to them. Erik’s life was marked by a willingness to serve anytime and anyone he was able, and often at the sacrifice of his own interests and convenience. Void of desire for worldly wealth and recognition, Erik leaves this earth having touched many by a life rich with meaning, full of experience, and guided by purpose and principle. Erik lost his wife Barbara to cancer in January 2015 and is survived by his sister Zivah Åbom, his two children Natalie Jansson (husband Andreas Jansson) and John-Erik Brammer (wife Robyn Brammer), his 10 grand children and niece. Funeral services will be held at the LDS Chapel located at 607 East Downington Ave, Salt Lake City, at 12:30 p.m. on Saturday April 1, 2017. There will be no viewing and Erik’s body will be cremated according to his wishes.

The family of Erik Sigvard Brammer created this Life Tributes page to make it easy to share your memories.