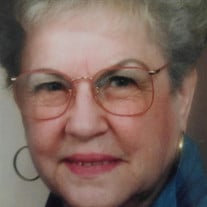 Faye Ann Nelson Robbins, beloved wife, mother, grandmother and great-grandmother, 93, passed from this earthly estate November 12, 2015 in Holladay, Utah. She was born November 1, 1922 in Provo, Utah, the only child of William Jennings Nelson and Florence Eliza Elliott. While still an infant her family moved to Los Angeles, California, where she spent her growing-up years. She graduated from Montebello High School in 1941. On January 6, 1944 she married her handsome Navy man, William R. Robbins in Huntington Park, California and they spent the next 18 months in Seattle on assignment. After Bill’s discharge from the service, they returned to California and began their family life. Faye and Bill are the proud, proud parents of three children: sons, Dennis and Chris and daughter, Julie. They raised their family in the Sacramento/Fair Oaks area until 1971 when Bill, Faye and Julie relocated back to Salt Lake and eventually settled in Murray, where they resided for 30 years. Faye and Bill had celebrated their 66th wedding anniversary just weeks before Bill’s unexpected passing in 2010. They truly were life-long sweethearts. Faye was a life-long member of the LDS Church, having served in various callings throughout her life. She had a strong testimony of the gospel and the Book of Mormon and possessed great faith in her Heavenly Father, which strengthened her through the ups and downs of this mortal life. Faye and Bill and their children were sealed as a family in the Los Angeles Temple in 1965. She loved each of her children, grandchildren and great-grandchildren and prayed for their happiness. She was predeceased by her parents, her husband Bill, son Dennis, grandson Shane, great-grandson Zach, grandson-in-law Jason and daughter-in-law Kelle. She is survived by her children, Chris (Debbie) Robbins, Julie(Michael) Kay, former daughter-in-law Nancy Wachtler, 13 grandchildren and 20 great-grandchildren. Family and friends are invited to attend the funeral service 11:00 a.m., Tuesday, November 17, 2015 at the Highland 6th Ward Chapel, 10115 So. Yorkshire Dr., South Jordan, Utah with a viewing prior to services from 9:30 to 10:45 a.m. Interment to follow at the Provo City Cemetery.

The family of Faye Ann Nelson Robbins created this Life Tributes page to make it easy to share your memories.