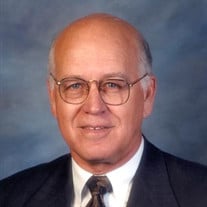 Phil was born in Phoenix, Arizona to Ned Witten Armstrong and Amy Pearl Farr and was the second of eight children. As a young man, Phil served his country in the United States Navy spending a lot of time on aircraft carriers and submarines. He then served a mission to the North Central States which amplified what he had learned from his parents about the importance of service. In 1973 he married Rebecca McRae Bennion in the Provo Utah Temple. He graduated from BYU earning a Masters in Education and an additional degree in Educational Administration. He worked for Alpine School District both as a teacher and then as an administrator for 40 years. Phil loved working with children and was particularly good at mentoring new teachers with encouragement and giving generously of his time and expertise as they launched their own teaching careers. He leaves behind four beloved daughters, Heather, Amy, Erin and Anne. He enjoyed the addition of his sons-in-law, Bob, Roger and Rob. He is the grandfather to six wonderful grandsons. Phil didn’t need many words to express his opinion and his delivery was always kind and loving. His children, and those who had the good fortune to know him, knew he would be fair and genuine and that they were loved and respected. Phil loved being outdoors and playing sports. He liked to hike, camp and was an avid fan of all BYU sports. He was a danger to anyone who dared to play games of any sort. He will always be remembered by his large extended family for his playful good nature. Phil was again able to serve a mission, this time with Rebecca to the Washington Seattle Mission in 2015. Phil also enjoyed the friendships and services that came through his membership in the American Legion Post 72. The family wishes to express sincere gratitude to Dr. Steven Wallentine and Dr. Gary Garner who with care and kindness eased Phil through difficult years of cancer. An enormous difference was also made in the last few months of Phil’s life by a wonderful hospice nurse, Nancy Trapnell, to whom we owe a debt of gratitude. A memorial will take place on Thursday, June 30, 2022. A visitation will begin at 6 PM with a memorial service to follow at 7:30 PM at the Orem 6th Ward Building on 365 South 900 East Orem, Utah 84097. Interment will be at the Vernon, Utah Cemetery.

Phil was born in Phoenix, Arizona to Ned Witten Armstrong and Amy Pearl Farr and was the second of eight children. As a young man, Phil served his country in the United States Navy spending a lot of time on aircraft carriers and submarines.... View Obituary & Service Information

The family of Frank Philip Armstrong created this Life Tributes page to make it easy to share your memories.

Phil was born in Phoenix, Arizona to Ned Witten Armstrong and...