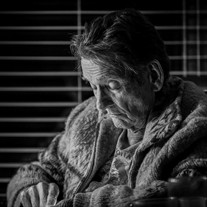 Frank Lovejoy Cameron Jr died peacefully in his American Fork home on 10 September 2018. He was born in Long Beach, California to parents Edna and Frank Sr. Frank spent much of his childhood in the Pasadena area. His father was a nurseryman, and Frank loved spending time with him. He was very proud that his father designed the award-winning rose garden at the City of Hope hospital in Pasadena. As a child, Frank also enjoyed some great hobbies. He built his own crystal radio and went on to become a ham radio operator. Frank also enjoyed photography – he built his own dark room to develop photos. Frank moved to Boston, Massachusetts, to attend Atlantic Union College. He often spoke of how important his time was there. He found himself through his experiences with his friends. It was there he became, as he fondly referred to it, a bleeding-heart – he certainly was full of compassion. Frank was indeed a very compassionate man. After college, Frank quickly learned that he wanted to change his life course. He went back to school and got his teaching certificate. Frank moved back to Southern California in 1960, and became a math teacher at Monrovia High School, combining two of his talents and loves – teaching and math. Frank married Ruth, and in 1962, they, with their one-year old son, Mark, moved to Milpitas, California. The young family had another child, Daniel, in 1964. The family enjoyed water skiing, and Frank became a very good barefoot water skier while in Milpitas, Frank continued to teach High School Math. He transitioned from teaching to counseling and had his first counseling job at Wilcox High School in Santa Clara. In 1975, Frank and Ruth were divorced. Frank married his second wife, Mary. Along with Mark and Daniel, they moved to Alpine, Utah. They were divorced within 2 months of living in Alpine. As a counselor at Geneva Elementary in Utah, Frank met and married Turana. Frank and Turana built a house and moved to Highland, Utah. They had their first child, John, in 1980. Three years later, Frank’s only daughter, Carissa, was born. Frank attended Brigham Young University, and in 1982, he got a Ph.D. in counseling psychology. A short time later, Dr. Cameron took a job working in administration as the Director of Research and Evaluation. Frank loved to travel, and did so often with Turana, John and Carissa. Frank visited 49 states. They often drove to California to sail in San Diego and visit his parents in Duarte. In 1994, Mark Jr., the first of Frank’s four grandchildren, was born to Mark and MaryJo. Carissa would later give him three more. Carissa married Brian in 2004, and in 2007, John married Melissa. In 2006, Ryker was born. In 2011, Kaysen was born. And in 2015 Frank’s only granddaughter, Kaia, was born. The grandchildren absolutely adored Frank, and they quickly became his focus. Ryker loved to ride in Frank’s red Miata. That was particularly fun for Frank, because he always had a passion for roadsters and owned several MGs. Frank will be dearly missed by his family and by those who knew of him. His last words were directed at his children. He simply said, “be happy with yourself.” We find that fitting, and because of him, we are. Thanks for everything, dad. We love you.

Frank Lovejoy Cameron Jr died peacefully in his American Fork home on 10 September 2018. He was born in Long Beach, California to parents Edna and Frank Sr. Frank spent much of his childhood in the Pasadena area. His father was a nurseryman,... View Obituary & Service Information

The family of Frank Lovejoy Cameron Jr created this Life Tributes page to make it easy to share your memories.