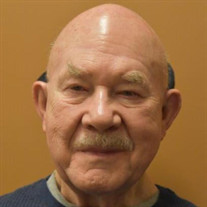 Frank Dee Fife, age 79, of Delta, Utah, our friend and beloved husband, father, grandfather, great grandfather, brother and uncle, passed away on March 7, 2020. He was surrounded by his wife, his six children, and many of his grandchildren as he passed. Frank will be laid to rest Saturday March 14, 2020, at the Ogden City Cemetery. Frank is survived by his wife Ann, and their six children, Michael (Andrea), Erick, Stuart (Suntaree), Melonee (Paul), Scott (Kristina), Katie (Cameron) , his 24 grandchildren, 8 great grandchildren, sister Sharrie, brothers Burton and Tony, numerous nieces and nephews, and is preceded in death by his mother, Sarah Elinor Lake and his son, Terry Garnet Fife. From humble beginnings and challenging family situation, Frank cared for and protected his younger siblings Sharrie and Burton. This beginning helped give him perspective and developed him into a man who picked a better path forward to provide stability for himself, family, and the community around him. Frank met Ann after joining the Navy and attending schooling in Tennessee as a Training Devices Man (TraDevMan) and after a brief courtship they married on March 16, 1960, in Hurricane, Utah. Two weeks later Frank was stationed at Atsugi Air Station in Japan where Ann was able to join him 9 months later. He served as a Flight Simulator Training and Device Instructor there and the skills he learned here later served him as a full career in the Satellite Telecommunications industry providing for his family and living in several states before finally settling for retirement in Delta. Frank’s passing falls 11 days short of his and Ann’s 60th anniversary , but Ann is adding credit for the 15 leap years along their journey and claiming that milestone met. Their marriage was a tribute and reflection of the Gospel of Jesus Christ which they loved, taught, and lived. Frank, son of Sara Elinor Lake, didn’t have an example of how to be a father growing up, but this doesn’t reflect the accomplishments, energy, love and compassion he put into his family. As well as serving his family, he served in many callings in The Church of Jesus Christ of Latter-Day Saints, and in the Boy Scouts of America. In any official capacity or unofficial capacity, Frank served to lift others. His family at all generations and connection identify with multiple events in their lives where he would compliment and motivate. With Frank, you always had the feeling you were great, and he would always motivate you to do something greater. Frank was committed to his family’s growth and success in the Gospel and life. Teaching his children skills and always encouraging them to pursue their goals. Frank loved to learn and better himself and instilled these same desires in his children and grandchildren. Frank loved his Savior Jesus Christ and encouraged others to seek Him as well. Frank reached out to those who couldn’t or wouldn’t be lifted by others and did all he could to serve them in love. He taught his children to never turn down an opportunity to serve others, even when it’s inconvenient.

Frank Dee Fife, age 79, of Delta, Utah, our friend and beloved husband, father, grandfather, great grandfather, brother and uncle, passed away on March 7, 2020. He was surrounded by his wife, his six children, and many of his grandchildren as... View Obituary & Service Information

The family of Frank Dee Fife created this Life Tributes page to make it easy to share your memories.