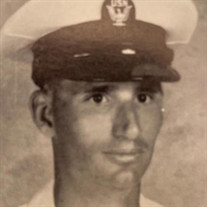 Frank Archambault Fortescue, Jr., 71, of Orem, Utah, passed away on March 19, 2022, and is now at peace following a prolonged health journey. His many friends supported him through the good times and bad and were present for him when he needed it most. Frank was born on November 12, 1950, to Frank Sr. and Lois Fortescue in Philadelphia, PA. After graduating high school in 1967, he enrolled in the US Navy where he specialized as a Machinist's Mate. Frank served on the USS Long Beach in the Pacific Fleet. He visited many places and spoke often of his far travels, including the times he spent in Korea and Singapore. During his service, he received the Sea Service Ribbon with two bronze stars, the Good Conduct Award, the Humanitarian Award, and the Navy Battle Efficiency Award. In addition, he completed courses in the General Shipboard Firefighting School. Frank served until 1981 and was in the Reserves until 1983. After Frank’s military service, he received training, certifications, and an Associate Degree in Computer Aided Design Drafting Science from the National Technical Schools of Los Angeles, CA. Frank worked in the Los Angeles Area for many years and watched as the area grew into a metropolis. Feeling the Southern California area was becoming too congested, Frank moved to Las Vegas, Nevada. Frank made many friends and was an active member in the Church of Jesus Christ of Latter-Day Saints in the Las Vegas Nevada East Stake where he served and helped many people as a missionary. In 2006, Frank moved to Orem, Utah and enjoyed his time working at different jobs, being a member of the Cherry Hill 7th Ward, and of course his passion for HO train systems. He was an avid collector of these model trains and took great pride in them. Frank also spent his time as a cinephile and amassed an impressive movie collection. He was a self-described foodie and never met a slice of pizza he didn't like. Frank enjoyed his annual Florida vacations where he got to spend time with his nieces, visit theme parks, and swim. Frank was predeceased by his parents, Frank Sr. and Lois, and his sister Lois Key. He is survived by his nieces, Lindsay Gerardi and Lauren Key, their families, and his many friends. We will miss him dearly. Private memorial services will be held in both Utah and Florida.

Frank Archambault Fortescue, Jr., 71, of Orem, Utah, passed away on March 19, 2022, and is now at peace following a prolonged health journey. His many friends supported him through the good times and bad and were present for him when he needed... View Obituary & Service Information

The family of Frank Archambault Fortescue Jr. created this Life Tributes page to make it easy to share your memories.