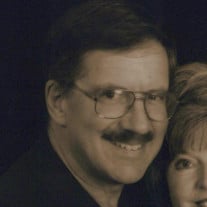 On the evening of March 9, 2022, our beloved husband, father, grandfather, and adventurer Frank Milton Schiller passed away surrounded by loved ones. He was 75 years old. While his final years were limited by Parkinson’s disease, Frank lived a rich life. Frank was born in Tahuya, Washington to pioneering parents Frank Schiller and Sue Greer. He was raised on an 80-acre farm, where from a young age he began mastering all varieties of construction, auto-mechanics, and general resourcefulness. His education began in a one-room schoolhouse and eventually led him to the University of Washington, where he graduated with a degree in landscape architecture. While there, he was a member of the distinguished Washington Rowing team, spending hours on the beautiful waters of Lake Washington. He also obtained a degree in dental laboratory technology from Diablo Valley College. He served in the U.S. Army from 1966-1970, including a two-year tour of duty in Vietnam as an electronics instructor. He spent his later military years teaching at Fort Devens in Massachusetts, where his favorite pastime was riding his motorcycle through the beautiful New England countryside. Frank’s career eventually took him to the Bay Area. There he was employed by a landscape architecture firm where, unbeknownst to him, all the employees were members of The Church of Jesus Christ of Latter-day Saints. After a careful study of the Book of Mormon, he chose to be baptized. Soon Frank was turning heads as a stake leader of the young single adults, including that of his future wife. He married Janet Lorraine Huhl in the Oakland Temple in February 1982, acquiring an instant family of four adorable children, three sons and a daughter. The family moved to Utah and were delighted with the addition of another daughter a few years later. Frank and Janet celebrated 40 years of marriage just before his passing. Some highlights of Frank’s professional career include building the LDS Conference Center and the Grand America Hotel. He also had the privilege of working at an ice hockey venue during the 2002 Salt Lake City Olympics. However, no man-made building compared to Frank’s greatest passion: exploring Utah’s natural wonders, particularly the San Rafael Swell, preferably via dirt bike. He was most happy being out in nature with those he loved. Frank’s testimony of the Gospel was his life’s anchor and a source of tremendous joy. Of his various callings over the years, he especially enjoyed his time as High Priest Group Leader, where he strongly advocated the importance of home teaching. He also loved temple trips with his sweetie. Frank is survived by his sister Susan, his wife Janet, his daughters Tara (Dan) and Ashley, his sons Trevor (Jodi), Curtis (Kelli), and Jordan (Kalli). He is also survived by 21 grandchildren and four great grandchildren. He was preceded in death by his mother Sue, father Frank, stepfather Cap, and a beloved son-in-law, Chris. Funeral of Frank Milton Schiller Tuesday, March 15, 2022 Viewing 12 pm, Funeral 1 pm Church of Jesus Christ of Latter-day Saints (former Grovecreek 10th Ward Meetinghouse) 475 N 700 E, Pleasant Grove, UT 84062 Flowers are appreciated or donations to your local ward missionaries

On the evening of March 9, 2022, our beloved husband, father, grandfather, and adventurer Frank Milton Schiller passed away surrounded by loved ones. He was 75 years old. While his final years were limited by Parkinson&#8217;s disease, Frank... View Obituary & Service Information

The family of Frank Milton Schiller created this Life Tributes page to make it easy to share your memories.