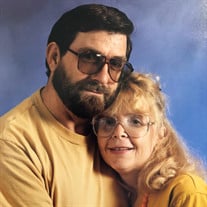 GARY LEE WISE DECEMBER 6, 1949 - APRIL 20, 2021 GARY LEE WISE of Orem UT, son of Clarence and Henrietta Wise of Alpine Ut, passed away Tuesday April 20th, 2021 in his home. Gary was Born in Denver, Colorado December 6, 1949. He was the oldest of the children born to Clarence and Henrietta. His siblings are Sandra Cooper (Samuel), Susan Heaps (Thomas), Sharon Cottrell (Chad), Cary Wise (Mindy). Gary was raised in Denver, Whitewater, and Grand Junction, Colorado. He attended Emerson Elementary, Orchard Mesa Jr. High and Grand Junction High School. He excelled in wresting and football throughout High School. Gary was a Graduate of Grand Junction High school in 1968. After high school he served four years in the United States Navy, where he served as a hospital corpsman. On one of his leaves from the Navy he married the love of his life that he had met during his high school years, Nila Ann Puckett. Gary and Nila were married June 13, 1970 in Grand Junction Colorado. They were later sealed in the Manti LDS Temple January 15,1972. Gary and Nila were blessed with two children; Gary Leo Wise of Santa Rita, Guam who currently serves in the United States Navy. Gary Leo is married to Erica. They have two boys, Hayden and Lincoln. Kristina Kay Wise of Pleasant Grove Utah had three daughters, McKayla, Natasha and Kendra. (Kristina Passed away March 16, 2013). Gary was a lifelong learner that worked to become a registered nurse within the Veterans Administration medical team proudly serving Utah’s Veterans for over 20 years. He was recognized throughout his career by his coworkers and patients for his loving, tender, and kind ways. He enjoyed spending time with Nila and the entire Wise extended family camping, hiking, and woodworking. Gary will always be remembered for his gentle heart, his desire to always be prepared and his determination to protect his loved ones. Now Gary has joined his wife Nila, who passed away March 14, 2019. We will miss him, but our sorrow is softened in knowing how happy he is now to be with the Love of of his life, and his daughter. Until we meet again... Viewing: Saturday, April 24, 10-11 AM, Suncrest 2nd Ward, 140 North 400 West, Orem, UT 84057 Funeral: Saturday, April 24, 11 AM-12 PM, Suncrest 2nd Ward, 140 North 400 West, Orem, UT 84057 Interment: Monday, April 26, 10 AM, Utah Veterans Cemetery and Memorial Park, 17111 South Camp Williams Road, Bluffdale, UT 84065

The family of Gary Lee Wise created this Life Tributes page to make it easy to share your memories.