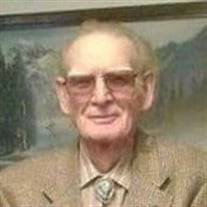 George Richard Berry, born 12 April 1938 in Toppinish, Yakima, Washington passed away Saturday 27 January, 2018 at the Utah Valley Speciality Hospital in Provo, Utah. He had been hospitalized since 25 December, 2017 with pneumonia and recently recurring stomach cancer. George had been cancer free from December 2001 to early 2017. After serving for three years in the army as a Cryptographer in Japan; and serving a French Speaking mission for the Church of Jesus Christ of Latter-day Saints in France and Belgium as a Full-time Elder, he attended Brigham Young University. While there he met his wife Marsha Jean Grosscup while they were in the play, “The Devil and Daniel Webster.” During finals week at BYU, they were married on August 12, 1965 in the Manti Temple. George graduated in May 1966 with a B.A. in Speech and Debate and a minor in Library Science. They moved to Iowa in 1966, were their only living daughter Camille Lynn Berry was born in December of 1966. While in Iowa, George worked as a Cataloger at University of Upper Iowa, a High School Librarian and Speech and Debate coach, and then attended the University of Northern Iowa for a Masters in Library Sciences. Three hours away from obtaining his Masters, George took a job as an Inspector with John Deere Tractor Works in Waterloo, Iowa. After layoffs in the 1980’s, George and his family moved to Arizona where he worked as an Aerospace Inspector with Pacific Scientific. He also worked at the Phoenix International Airport as a Luggage Inspector until stomach cancer forced him into early retirement in 2001. Later in 2005, George and his wife Marsha retired to Orem, Utah. George was very involved in church and served in many callings including; Home Teacher, Young Men’s President, Branch and Ward Clerk, Sunday School Teacher, Ward Seventy and Mission Leader, High Priest, Cub Scout Leader, and Family History Leader. George and his wife throughout their marriage were dedicated to Family History. George helped to do work for over 8,000 of his family ancestors. George is the oldest of four siblings, preceded in death by his parents and oldest sister. He is survived by his wife of 52 years Marsha Jean Berry of Orem Utah, daughter Camille Jaque and his four grandsons; Alexander, Adrian, Denver and Hunter Jaque. Funeral services will be held Saturday, February 3rd, 11:00 am at the Park 4th Ward, 50 So. 750 W. Orem, Utah with a viewing prior to services from 9:30 – 10:30 am. Interment, Orem City Cemetery.

George Richard Berry, born 12 April 1938 in Toppinish, Yakima, Washington passed away Saturday 27 January, 2018 at the Utah Valley Speciality Hospital in Provo, Utah. He had been hospitalized since 25 December, 2017 with pneumonia and recently... View Obituary & Service Information

The family of George Richard Berry created this Life Tributes page to make it easy to share your memories.