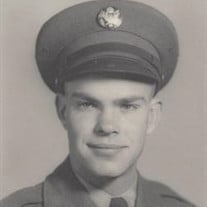 Gilbert Eugene (Gene) Hudnall was born on January 10, 1931 in Imperial Nebraska to Harold Wilbert and Lillian Elizabeth Hancock Hudnall. His mother was killed when he was five and his father died a few years later. His grandparents raised him on the Hudnall farm. He lived in the Quad Cities area for 67 years, moving to Utah 5 months ago. He passed away on August 16, 2015 at the Veterans Home in Payson, Utah. He served three years in the Korean War as a radio operator. He met the love of his life on leave from the war in Rock Island, Illinois and married Edna Mae Randles on Valentines in 1953. Their marriage was later solemnized in the Salt Lake Temple July 1, 1965. They were blessed with six children in eight years, Randi (Ron) Schmidt, St. Cloud, Florida; Terry (Teri) Hudnall, DeereField Beach, Florida; Les (Cathy) Hudnall, Coyne Center, Illinois; Gregory (MiLinda) Hudnall, Provo, Utah; Traci Badtram (Mark), Davenport, Iowa; Sherri Linn, Rock Island, Illinois. He was a teamster truck driver for Oscar Myers and then a foreman for Western Transportation. He was also owner operator of Soap E Suds in Rock Island, Illinois and in Davenport, Iowa. His passion was his church work, serving as a Bishop in the Church of Jesus Christ of Latter Day Saints and being in service to his fellow man. He also enjoyed his large garden and the Saint Louis Cardinals. He is survived by his sister Wilma Wert, wife Edna Mae, all his children, 16 grandchildren and 24 great grandchildren. Funeral services will be 11:00 a.m., Monday, August 24, 2015 at the East Moline LDS Church, 4800 Kennedy Dr., East Moline, IL were a viewing will be held from Sunday, August 23, 2015 and prior to services Monday from 10:00 to 10:45 a.m. Interment with full military rites will follow Monday at the National Cemetery on the Rock Island Arsenal.

Gilbert Eugene (Gene) Hudnall was born on January 10, 1931 in Imperial Nebraska to Harold Wilbert and Lillian Elizabeth Hancock Hudnall. His mother was killed when he was five and his father died a few years later. His grandparents raised him... View Obituary & Service Information

The family of Gilbert Eugene Hudnall created this Life Tributes page to make it easy to share your memories.