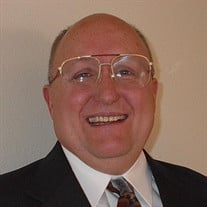 Glen Everett Brink, 74, of Saratoga Springs, Utah died Oct. 17, 2016 surrounded by his loving family. He was born July 16, 1942 in Denver, CO to Walter Everett and Wilma Avis (Bakerink) Brink. He graduated from Englewood High School and from Colorado State University. He married Carolyn June Manning on Sept. 4, 1965 in Englewood, CO and they were sealed in the Manti Temple of the Church of Jesus Christ of Latter-day Saints Sept. 7, 1965. She died on Feb. 5, 1991 in Fort Collins, CO. He married VerLynn S. Roberts Pulis on Mar. 7, 1992 in Englewood, CO. They were sealed in the Denver Temple on Apr. 18, 1992. Glen was baptized in the Church of Jesus Christ of Latter-day Saints June 1955. He devoted his life to the Lord, Jesus Christ, through his service in his family (including weekly Family Home Evenings since 1965, 16 years of driving kids to early morning seminary, teaching 8 children to drive, and attending over 2200 school concerts and plays). He was a dedicated home teacher and held various other church callings over the years including teaching, ministering and administering to the members. He taught Jr. High math for 2 1/2 years in Castle Rock, CO. The reminder of his employment was as a computer programmer with the USDA Forest Service, Rocky Mountain Forest and Range Experiment Station in Fort Collins, CO. He authored, co-authored or contributed to over 50 scientific publications in Forest Service Research. He was privileged to attend the Forest Service's National Diversity Conference, held in Atlanta, GA Nov. 1990 and was a vocal advocate of cultural diversity throughout his career. He lived along the Front Range of Colorado all his life until 2000, except for 2 1/2 years in Chile as a missionary for the church between 1962 and 1965. He moved to Gunnison, UT in 2000 and loved the slower paced life in the Gunnison Valley. He and his wife moved to Saratoga Springs, UT in 2015. Glen enjoyed being with family, friends and co-workers, home teaching, working, attending and working in the temple, listening to music, writing and walking. He is survived by his wife, VerLynn R. Brink of Saratoga Springs, UT; five sons, Carl Manning Brink (Jeanna) of Fort Collins, CO, David Arthur Pulis (Dana) of Billings, MT, Jared Andrew Brink (Judy) of Overland Park, KS, James Roberts Pulis (Briauna) of Severance, CO and Austin Joel Brink (Becca) of Ft. Collins, CO; six daughters, Shirlene Irwin (Rob) of Bismark, ND, Wendy Thueson (Chad) of Eagle Mountain, UT, Rachelle Caree Cahoon (James) of Boise, ID, Leanne Lorraine Brink of Washington State, Margaret Marilyn Brink of Orem, UT and Amy Osten (Ross) of Timnath, CO; his sister, Caree McDonald (Bartley) of West Valley, UT and 24 grandchildren. He was preceded in death by his wife Carolyn June Manning Brink and his parents. An evening viewing will be Friday, October 21, 2016 from 6:00-8:00 pm and Funeral Services Saturday, October 22, 2016 at 11:00 am with a viewing prior to services at 10:00 am all at the Riverside 2nd Ward, 612 W. Pony Express Parkway, Saratoga Springs, UT. Interment will be in the Grandview Cemetery, Fort Collins, CO. Memorial contributions may be made to the Foreign Missionary Fund

The family of Glen Everett Brink created this Life Tributes page to make it easy to share your memories.