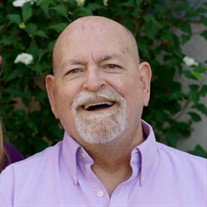 Dr. Glenn Nielsen Hunter 1954 - 2021 Dr. Glenn Nielsen Hunter, age 67, also known as “Doc” to many, passed away December 23, 2021 after many years of illness. He was born April 30, 1954 in Provo, UT, the 5th child of Alma Royal Hunter & Mildred Viola Nielsen Hunter. He grew up in the Provo river bottoms, attending schools in Orem & Provo. He graduated early from Orem High School in December 1971. Then entered Ricks College in January 1972, where he lived in a log cabin with 3 returned missionaries. Glenn was a lifetime member of The Church of Jesus Christ of Latter-Day Saints. Glenn served his mission in the Washington Seattle Mission. He held many callings including: teacher, Scout Master, High Priests Group Leader, including a High Counselor and Bishop of a BYU married ward. He earned his Eagle Scout award at 15. He met his future wife, Kathleen Fries, while at Ricks College and they were married on August 8, 1975, 3 months after they both returned from missions, in the Provo, UT, temple. After marrying they lived in Fresno & Madera, CA for 8 years, then moved to San Jose, CA for Glenn to attend Palmer College of Chiropractic West. He did his undergraduate studies before attending Palmer at Fresno City College, De Anza College in San Jose and The College of San Francisco. He graduated from Palmer in June 1987 and then returned to Provo, UT to open his practice. He has been in practice since 1987 doing what he loved. Glenn and Kathy have 5 children: 1 boy and 4 girls. Four of their 5 children were born in California, two in Fresno, one in Merced, one in San Jose while he was attending chiropractic school and their last born after they moved to Utah. He loved the outdoors, hunting and all things Disney. His love of the outdoors was passed onto his children and grandchildren. He loved playing games with his family and friends, where there was always enough laughter to bring everyone to tears. The Hunters had adopted many into the family over the years. He was preceded in death by his parents, his brother, Royal Paul Hunter and a sister, Ilene Hunter Mooney. He is survived by his wife and 5 children: Jason Royal Hunter (Heather), Orem, Jamie Dawn Crane (Jonathan), South Ogden, Janel Lin Lyman (Trent), Manson, WA, Jodi Kathleen Hunter, Orem, Julianne Gwen Stewart (Anthony), Las Vegas, NV and 15 grandchildren. Funeral services will be held 11:00 am, Tuesday, December 28, 2021 at the Church of Jesus Christ of Latter-Day Saints chapel at 575 South 400 West Orem, UT. A viewing will be held the night before December 27, 2021, from 6-8pm and then again one hour before the services. Interment at the Provo City Cemetery.

The family of Dr Glenn Nielsen Hunter created this Life Tributes page to make it easy to share your memories.