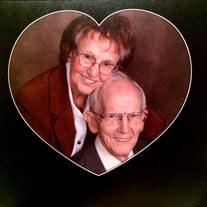 Merry Christmas, Darling! Gordon Monson Thomas (born June 24, 1934 in Boise, Idaho) died after a long battle with dementia on December 22, 2017. He is survived by his wife, Bonnie Cummings Thomas and seven children--Karen (Brian) Arnesen, Kathryn (Dave) Moon, Jim (Janet) Thomas, Joanne (Sean) Jones, Ron (Christine) Thomas, Rebecca (Steve) Evans, and Nathan Thomas—as well as 29 grandchildren, and 26 great-grandchildren. Gordon grew up in Salt Lake City and graduated from West High School. After his father died (when he was six years old) he spent his summers in Boise, staying with his oldest sister, LaVene, and her husband, Albert Call. He married the love of his life, Bonnie Cummings, on August 29, 1955. They celebrated their 62nd anniversary this year and had a long and happy life together. Gordon worked as a sales representative for General Mills for 34 years. When he retired, his company didn’t know what gift to give a man whose whole focus was his family, his God, and his work. He was an avid runner, running 6 miles a day, 6 days a week. He ran four marathons and many half-marathons. He ran his last half marathon with his granddaughter when he was 77 years old. In 1984 he carried the torch for the Los Angeles Summer Olympics through Salt Lake City. Gordon loved politics. He served on the Cottonwood Heights Community Council for 9 years. When the community was incorporated, he served two terms on the city council. He loved people and they knew he loved them. He had a special gift to love. He often stopped mothers to talk to their children. During his last year when so many things were unfamiliar to him, his great-grandchildren could always bring a smile to his face. He loved the gospel and was an active and committed member of The Church of Jesus Christ of Latter-day Saints. He loved serving with the youth in the Church. He was the bishop of the Butler 7th ward for 7 years and loved the people of his ward. Later he served in a stake presidency and stake young men’s presidency. He was a faithful home teacher. He was faithful in holding family prayer, family scripture study, and family home evening. His children frequently saw him studying his scriptures, and he memorized favorite passages on his daily run. Later in his life he served two missions with his wife—the first in the Nigeria Enugu mission, and the second in the Greece Athens mission, where they served nine months in Egypt and nine months in Cyprus. His faith sustained him during difficult times and became an important legacy he left his family. He passed away during the Christmas season, his favorite time of the year. We look forward to a happy reunion. Funeral Services will be at 11:00 a.m. on Wednesday, December 27, 2017 at the Butler 7th Ward building located at 1355 East 7200 South in Cottonwood Heights, UT. Viewing will be from 6:00 to 8:00 p.m. on Tuesday and again from 9:30 to 10:30 a.m. on Wednesday at the Church.

The family of Gordon Monson Thomas created this Life Tributes page to make it easy to share your memories.