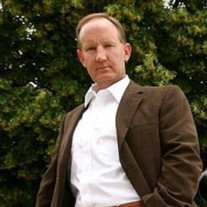 Chief Greg J. Butler 1962-2021 Farmington, UT-Greg J. Butler (59) End of Watch the 24th of December, 2021. Greg, son of George Butler and Virgina Gilbert, was born on the 28th of October, 1962. Greg was a proud police officer who served honorably from 1986 until 2018. Serving for 20 years at the West Jordan city police department, Greg retired as a Sergeant in the year 2008. From then, Greg served as the Chief in Montpelier, ID from 2008 until 2011 when he took over as the Chief in Woods Cross. Greg served honorably as the Chief of Woods Cross until his retirement in 2018. A lifelong police officer, Greg served in numerous capacities including the following: SWAT, Patrol, Detectives, Sergeant, Chief, and many more. Greg was a proud member of the Fraternal Order of Police and an avid supporter of the Utah Domestic Violence Coalition. Greg is preceded in death by his loving mother, Virginia Gilbert, Salt Lake City, UT (1936-2012). Greg is survived by his father, George Butler, Mesquite, NV, daughter, Madison Butler (Stephen Marriott), Taylorsville, UT, son Carson (Olivia) Butler, West Valley City, UT, son Hayden Butler, Farmington, UT, his fiancé, Tanna Dyer, Farmington, UT, his “adoptive son and daughter”, Kaden & Keelie Dyer, Farmington, UT, and his former wife, Shauna Butler, Taylorsville, UT. Greg was a family man, through and through. He loved his immediate family, and extended family, with all his heart. Greg, along with his family, would like to express their deepest appreciation to the medical staff at Everest who were frequently with him during his final days. And a special thanks to his CNA Carly, who among other things, was an amazing health care provider, and an even better friend. “Live Long and Prosper!” – Spectre 36 Funeral services will be held Monday, January 3rd at the Bountiful Regional Center, 835 North 400 East, North Salt Lake, UT. Family and close friends are asked to attend a viewing for Greg at 11:00 AM while a service is to begin at 12:00 PM. In lieu of flowers, please refer donations to the Utah Domestic Violence Coalition https://www.udvc.org/get-involved/donate.html. Join Zoom Meeting https://zoom.us/j/98660781158?pwd=QU9nR2JyRkxGSXdWdWd0ZTkwWkJFUT09

The family of Gregory J. Butler created this Life Tributes page to make it easy to share your memories.