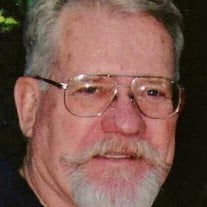 Guy Vaughn Zindel Jr. was born to Guy Vaughn Zindel and Lenore (Wall) Zindel on April 13th, 1942 in Salt Lake City, Utah and passed away peacefully in his home August 30th, 2017. Off to his next great adventure. By his side was Jacqueline Anne Zindel, his loving wife of 50 years, and his 5 children. Guy was the oldest of 4 children and was born while his father was deployed in the South Pacific theater WWII. As a toddler he would often mistake men in uniform for his daddy. Upon his father’s return he looked upon him with awe and checked the picture his mother kept to make sure he was the real McCoy. Guy Sr. would later be deployed to Okinawa, Japan where Guy Jr, at the age of 8 was baptized a member of the Church of Jesus Christ of Latter Day Saints in the South China Sea. After his father completed his service with the US Army Air Corps his family would settle in Catheys Valley, CA where he developed a sharp wit and keen sense of where and how to find mischief. At the age of 19 he enlisted in the Army and attended boot camp at Ft. Ord, and eventually went on to Special Forces training at Ft. Bragg, NC. While in Fayetteville he pursued a pilot’s license outside of military training and found his passion to be several thousand feet in the air. Rather than jumping from perfectly good airplanes he decided he prefered flying them. When his full time enlistment in the army was up he continued to serve in the Army Reserve and the California National Guard. While attending Fresno City College he met the love of his life. Their relationship was cemented when Jacquie agreed to let him take her up in his Piper Cub. They were married June 24th, 1967 and later sealed for time and all eternity in the Oakland, CA temple. Together they had 5 children, countless adventures, and even more cool cars (which their children wish they would have kept). When piloting fixed wing aircraft became too mundane, Guy trained to become a helicopter pilot. He loved flying and chased a career in aviation that took his family to Madera, the heart of California where he flew several aircraft as an ag pilot, freight pilot, and even a B-17 air tanker pilot. Above all accomplishments in his life Guy held his family dear as his greatest source of pride. Guy was loved and admired by his family and friends and will be missed dearly but he left a legacy of courage, commitment, patriotism, and honor that will be carried on by his children, grandchildren, and great grandchildren. He loved the the Savior and lived his testimony of the Gospel of Jesus Christ. He was preceded in death by his parents and survived by his loving wife Jacqueline Anne, children Guy III (Kelly), Gavin, Kirsten (Mark) Ney, Garth (Michelle), Kammie, daughter-in-law Leslie; 20 grandchildren; 9 great grandchildren; and 2 granddogs. Funeral services will be held Saturday, September 2, 2017 at 11:00 am, at the Mt. Shadows 7th Ward, 7903 S. 2700 W., West Jordan, UT. Visitation will occur on Friday, September 1, 2017 from 6-8 pm at the aforementioned ward house and from 9:30-10:30 on Saturday. Interment, West Jordan Cemetery. The family would like to thank Intermountain Homecare & Hospice, especially Bridger, RN and Cheryl, RN along with all of Guy’s health care providers for their compassionate service. In lieu of flowers, donations may be made to: Support CACIR http://uuhsc.utah.edu/cacir/contribute

Guy Vaughn Zindel Jr. was born to Guy Vaughn Zindel and Lenore (Wall) Zindel on April 13th, 1942 in Salt Lake City, Utah and passed away peacefully in his home August 30th, 2017. Off to his next great adventure. By his side was Jacqueline Anne... View Obituary & Service Information

The family of Guy Vaughn Zindel Jr created this Life Tributes page to make it easy to share your memories.