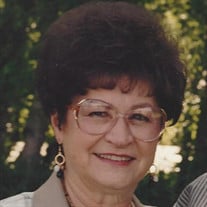 Our loving mother, sister, grandmother, aunt and friend, Gwen Ellen Kent Fitzgerald, passed away April 12, 2017, just prior to her 90 birthday, after faithfully serving her Heavenly Father on her earthly mission. Mom was born May 21, 1927, in Smithfield, Utah, to Belva Lorene Allred and Golden Clark Kent. Mom lost her mother at the tender age of 8. She and her sister were raised by their father, Golden and stepmother Amy Kent. She graduated from St Ignatius, MT, High School, and attended college at Utah State University where she met dad. She and Harvey Richard Fitzgerald, our wonderful Father, were married in the Salt Lake Temple on June 12, 1946. They raised four children, Kent Harvey (Jane), Midvale, Barry Jay (Heidi), Layton, Lisa Dawn (Barry) Panter, Slaterville, and Tami (Randy) Wade, Heber City, on their farm in Kamas, where they taught them the value of an honest day’s work and the pride of a job well done. Mom served valiantly in her church callings which included many years in the Primary organization as well as Secretary to the Stake Patriarch. Mom worked for South Summit School District in Kamas, Utah, as the district secretary for twenty-three years before retiring to Midway and Heber City. Mom always cherished the lasting friendships and memories of her years in the Kamas Valley. Mom was preceded in death by her sweetheart Harvey, her parents, sister VonnaVee Lindberg, brother Jerald, and her beloved granddaughter Melissa Willoughby. She is survived by her children, brothers Larry (EvaLu) and Brad (LaRee) Kent of Othello, Washington, Blair (Diana) Kent of Sandy, Utah, 17 grandkids, 53 great grandkids, nieces Jaclyn Lowry and Sherry Lindberg, sisters-in-law Iveanne Kent, and Marilyn Fitzgerald. Mom also taught us patience and above all else the value of staying positive, no matter the situation. She fought her battle valiantly and has honorably earned the title of cherished daughter of our Heavenly Father. She truly made the world a better place. The family wants to express their thanks and gratitude to the staff at Chancellor Gardens for the wonderful care and love they showed to mom during the last few years, and to the Heber 9th Ward for help with funeral arrangements. Services will be held Saturday, April 15, 2017, 11 a.m. at the Heber 9th Ward LDS building, 325 E 500 N, with a viewing prior to the services from 9:30 to 10:45 a.m. Interment at the Heber City Cemetery.

Our loving mother, sister, grandmother, aunt and friend, Gwen Ellen Kent Fitzgerald, passed away April 12, 2017, just prior to her 90 birthday, after faithfully serving her Heavenly Father on her earthly mission. Mom was born May 21, 1927,... View Obituary & Service Information

The family of Gwen Ellen Fitzgerald created this Life Tributes page to make it easy to share your memories.