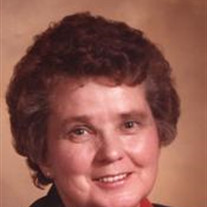 Heather Shutt Bartlett quietly passed away in her daughters’ home in Orem on June 4, 2012 at the age of 82. She was born on July 14, 1929 in Salt Lake City to Albert Edward Shutt and Doris Whitaker Shutt. She grew up in Rose Park and graduated from West High School. Shortly thereafter, she met her sweetheart Donald I. Bartlett while working at Sears and soon married. Their marriage was later solemnized in the Salt Lake Temple. They were married 62 years and had six children. Heather & Don lived in Idaho Falls for 20 years and made many wonderful friends. They then moved to Orem Utah. After retiring, they moved to Ivins, Utah to enjoy the warm weather, making friends everywhere they went. They returned to American Fork when Don’s health began to decline. Heather held many church callings and was always willing to serve in many other ways. She lovingly taught her children the gospel. She was a wonderful example to her family and was loved by all who came in contact with her. She was full of love and laughter and was a delight to be around. She was a perfect example of gratitude and love in suffering. She will be greatly missed by all who knew her. She is survived by her children, Kathi (Bryce) Anderson, American Fork, Utah; Mark (Connie) Bartlett, South Jordan, Utah: Janet Barnett, Orem, Utah; Bruce (Kim) Bartlett, Lindon, Utah; Virginia (Robert) Steggell, Riverton, Utah; and Jon (Mindi) Bartlett, Bluffdale, Utah. She had 27 grandchildren and 39 great grandchildren. Her sister Barbara (Byron) Billings, Rocklin, California, and brothers Ralph Shutt, Rose Park, Utah and David Shutt, Bountiful Utah. She was preceded in death by her husband, parents and 2 brothers, Calvin and George. Funeral services will be held Friday June 8, 2012 at 11:00 a.m. at the LDS Chapel on 949 North 540 West, American Fork, Utah. Friends and family may call Thursday evening at the chapel from 6:00 to 8:00 pm and from 10:00 to 10:45 am prior to the funeral. Interment will be in the Orem City Cemetery at 1520 North 800 East, Orem, Utah.

Heather Shutt Bartlett quietly passed away in her daughters&#8217; home in Orem on June 4, 2012 at the age of 82. She was born on July 14, 1929 in Salt Lake City to Albert Edward Shutt and Doris Whitaker Shutt. She grew up in Rose Park and graduated... View Obituary & Service Information

The family of Heather Shutt Bartlett created this Life Tributes page to make it easy to share your memories.

Heather Shutt Bartlett quietly passed away in her daughters’...