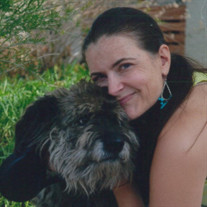 Heather Keele, age 47, passed away peacefully in her sleep from unknown causes on December 5, 2015, while visiting her parents’ home in Orem, Utah. Heather was born on June 25, 1968, in Provo, Utah, the second child of Alan Frank Keele and Linda Kay Sellers Keele. Heather grew up in Princeton, New Jersey, as well as in Provo and Orem, Utah. She attended school at Orem Elementary and Lakeridge Junior High, and she graduated from Mountain View High in 1986. During those years she accompanied her family on several study abroad programs to Austria. She traveled widely in Europe. There, especially in Vienna, she – along with her siblings – became a great lover of opera, classical music, and the other arts, attending the Vienna State Opera nearly daily in her favorite standing room place. She earned her Bachelor’s degree at Brigham Young University in 1990 with emphases in English, German, and Sociology. She worked in Germany as an intern at a Catholic orphanage in the Black Forest. Heather received her Juris Doctor from Yale University in 1997, where she was a member of the prestigious Law Review editorial team. Subsequently, she clerked for Judge Patricia Wald, Chief Justice of the District of Columbia Court of Appeals. A brilliant legal mind and outstanding legal writer, Heather practiced law with the American Federation of Labor in Pittsburgh, Pennsylvania; later with one of the most esteemed Washington D.C. law firms; and with several Salt Lake City, Utah firms, until a serious case of chronic clinical depression made it finally impossible for Heather to continue in her profession. Thereafter her focus in life became the attempt to help others suffering from mental illness. She spent much of her time volunteering with legal aid and mental health counseling at the women’s prison, at the homeless shelter, and in various other helping capacities. She taught classes throughout the Salt Lake Valley for the National Alliance on Mental Illness (NAMI). She served as a member of the Salt Lake County Behavioral Health Advisory Committee. Heather authored a book-length manuscript on mental health as a help for other sufferers of her disease, which her family intends to publish in her memory. Those closest to her are unanimously agreed that the weeks preceding Heather’s passing were some of the happiest of her life. She was calm, clear-minded, less troubled by fear and anxiety. A great chef, she fixed a remarkable Thanksgiving dinner. One of Heather’s favorite things in life was to decorate her home for various holidays. She was in Orem helping her mother decorate and make other preparations for the holidays, and was still laughing and playing with nieces and nephews the evening before she died. Heather was making a number of long-term plans, such as attending her 30th high school class reunion in the summer, and was looking forward to taking nieces and nephews to Saturday’s Live From the Met broadcast of Mozart’s Magic Flute for Children, one of her favorite operas. Finally, Heather was planning a special celebration for Jim’s 50th birthday this year, which falls on Christmas Day. Heather married James Lee Snyder, Jr. on September 23, 1988. Their daughter, Rebekah Marie Snyder, was born on June 14, 1990. Throughout their 27 years of marriage, Heather and Jim lived in various homes, first Provo, Utah, then Nashville, Tennessee, where Jim was a Ph.D. student in philosophy at Vanderbilt University. Next, New Haven, Connecticut, where Heather attended Yale Law School. After a year in Pittsburgh, they moved to Washington, D.C., where Heather clerked at the prestigious D.C. Circuit and worked at her firm, and where Jim, a remarkable teacher, began his teaching career at Wakefield Country Day School, an exclusive private preparatory school in Virginia. At the time of her passing, Heather and Jim were residing in Salt Lake City, Utah. Heather was particularly proud of their daughter Rebekah, a recent Barnard College, Columbia University graduate, who now conducts research into brain function at a hospital in New York City. Heather is survived by her husband and daughter, as well as her parents and five adoring siblings and their spouses: Kamron Keele (Stephanie Jensen), Salt Lake City; Kristopher (Becky) Keele, Bristow, Virginia; Brandon (Mindi) Keele, Middletown, Maryland; Celeste Keele (Jon Miller), Kihei, Maui, Hawaii; Jeremy (Amy) Keele, Salt Lake City, Utah. Heather was the beloved aunt of three nieces: Isabel, Emma, and Isabella Keele; as well as eight nephews: Alexander, Jensen, Andrew, Jackson, Easton, Liam, Heath, and Jude Keele, who will miss her ready smile and her delightful, singular, spontaneous, fantastic, infectious laugh. At Heather and Jim’s wedding, the famous Welsh poet Leslie Norris, a friend of the family, read to the newlyweds his poem “Hudson’s Geese,” which is – based on the fact that geese mate for life – a profound allegory of human marital fidelity and courage in facing life’s vicissitudes. It is a poem made especially poignant by Heather’s dreadful disability, which this loyal couple would courageously have to face together: ‘I have, from time to time, related some incident of my boyhood, and these are contained in various chapters in The Naturalist in La Plata, Birds and Man, Adventures Among Birds ....’ W.H. Hudson, in Far Away and Long Ago Hudson tells us of them, the two migrating geese, she hurt in the wing, indomitably walking the length of a continent, and he wheeling above, calling his distress. They could not have lived. Already I see her wing scraped past the bone as she drags it through rubble. A fox, maybe, took her in his snap jaws. And what would he do, the point of his circling gone? The wilderness of his cry falling through an air turned instantly to winter would warn the guns of him. If a fowler dropped him, let it have been quick, pellets hitting brain and heart so his weight came down senseless, and nothing but the body to enter the dog’s mouth.

Heather Keele, age 47, passed away peacefully in her sleep from unknown causes on December 5, 2015, while visiting her parents&#8217; home in Orem, Utah. Heather was born on June 25, 1968, in Provo, Utah, the second child of Alan Frank Keele... View Obituary & Service Information

The family of Heather Keele created this Life Tributes page to make it easy to share your memories.

Heather Keele, age 47, passed away peacefully in her sleep from...