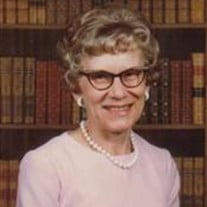 Helen Neva Kenny Ness passed away peacefully in her home on May 20th, 2013. Helen was born on September 11, 1916, the date of her parents’ 4th wedding anniversary. This chubby little girl was the second child welcomed into the home of Hazel E. Sauer and Fred W. Kenny, a cabin that her father had built on land he received from the government under the Homestead Act. It was located a few miles northeast of Coburg, Blaine County, in Northern Montana. Before she was two years old the family moved to the little town of Coburg where the rest of the ten children were born: Maxwell Lawrence, Helen Neva, Adlyn Rebecca, Donald Porter, Wendel Sauer, Grace Marilyn, Robert Scott, Jean Lenore, Loren David, and Marilyn Jane. Along with the hard work of growing up on a farm in frontier Montana, the children enjoyed riding horses and playing games together. Helen received her elementary education in a one room schoolhouse on a hill edging Coburg. There were no secondary schools in her small community so for her high school years, she stayed with her paternal grandparents, David and Jane A Kenny in Dodson, Montana. On weekends she would travel home by train, known as the “Great Northern Tracks”. Following high school Helen trained for teaching at Montana State Normal College in Dillon, Montana, later teaching several years in a one-room rural school in Dodson Grade school. Helen married Winston Harwood Ness of Dodson, Montana on December 25th, 1936. The couple had four children: Ramona Lee Stein, Kenny Roy who lived only ten days, Cheryl Jean LeVan and Robert Winston Ness. The family lived in Dodson for many years where Helen taught school and dedicated her life to being a wife and mother. While living in Dodson Helen and Winston joined the LDS church, an association which enriched her life in enumerable ways. During this same time period their oldest daughter, Mona, married and left home. Because of Winston’s health the family moved to Glendive, Montana in 1959. In Glendive Helen and Winston dedicated their lives to their children and church service. Cheryl, her second child left home in 1961. Shortly thereafter her youngest child Rob developed a crippling illness, Perthes disease. Tragically in November 1965, Helen lost her husband to a series of heart attacks. Within a short period she lost her home and husband and was left on her own with a crippled son to raise. She lovingly nurtured him back to health. The way she dealt with these trials is a testament to her strength and character. To better provide for her young son, Helen returned to college and earned a Bachelors Degree in elementary education. She taught school in Shelby Montana. In 1972 Helen and Rob moved to Carlisle, Iowa where they lived next door to her daughter Ramona and her family, Helen loved being near her daughter and sharing a special relationship with her grandchildren. Her grandchildren in turn loved having grandma next door. After Rob’s graduation from high school, Helen moved to Coeur d’Alene, Idaho. She took a bookkeeping/ receptionist position in a newly opened dental office. In Coeur d’Alene she enjoyed many lasting friendships, being closer to her sisters, and working on her poetry. Helen dedicated the last twenty of her ninety-six years living with her son Rob and his family and helping raise and nurture her youngest grandchildren in both Logan and Orem Utah. They have many fond memories of their grandmother and her involvement in their lives. Helen is survived by her children, Ramona Stein of Des Moines, Iowa, Cheryl Levan of Ann Arbor, Michigan and Rob Ness of Orem Utah, nine grandchildren, eight great grandchildren and four great, great grandchildren. She will be greatly missed. Funeral services will be at 7:30 p.m. on Thursday, May 23, 2013 at the Windsor 3rd Ward Building, 1405 N. Main St., Orem, Utah. Viewing will be from 5:30 to 7:15 p.m. prior to the services. Graveside Services will be at 10:00 a.m. on Friday, May 24, 2013 at the Orem City Cemetery.

Helen Neva Kenny Ness passed away peacefully in her home on May 20th, 2013. Helen was born on September 11, 1916, the date of her parents&#8217; 4th wedding anniversary. This chubby little girl was the second child welcomed into the home of... View Obituary & Service Information

The family of Helen N Ness created this Life Tributes page to make it easy to share your memories.

Helen Neva Kenny Ness passed away peacefully in her home on May...