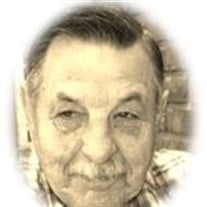 Henry “HANK” Davies was born in Elko, NV to Henry & Frieda (Voight) Davies on August 24, 1937 and passed away peacefully on December 14, 2018 in SLC. A Memorial Service for Hank will be officiated by Pastor Curtis Price and held on Sat, Dec 22, 2018 at 11am in the Skaggs Memorial Chapel at First Baptist Church (777 S 1300 E) in SLC, followed by a light lunch. Guests are also invited to visit with the family before the service in the church’s Parlor from 10-11am. As a young boy, Hank and his 3 brothers were separated but eventually reunited in the home of their grandmother, Helen Voight, in Lamoille, NV and remained the best of friends throughout their lives. Hank and his brothers loved hunting, fishing, playing cards, horse races and creating loads of laughter together. Hank attended Elko High School and enjoyed playing basketball and the trumpet. After graduation, Hank joined the Marines and served as a Corporal (helicopter mechanic) in Santa Ana, CA from 1957-1960. While serving in the military, Hank married his high school sweetheart Toni (Pitcher) Davies on Dec 13, 1958. Hank & Toni eventually became owners of the Arctic Circle Restaurants in Ashland & Medford, OR and they loved living in Oregon for several years. They adopted two sons (Chad & Chris Davies) and enjoyed the many fun activities that come with raising two boys (baseball games, boy scouts, trips to the ocean, and camping, to name a few). Keeping loved ones together was always important to Hank and he always enjoyed having family and friends visit (summers were especially fun)! He also had a special bond with his in-laws (Alice & Lowell Pitcher) and would welcome them with open arms to his home every summer. A master with a measuring tape and a circular saw, he could build just about anything. One year, he converted the family’s Easy St. house garage into a nice apartment so that his grandmother could live with them in her final years. Hank was very involved in the Boy Scouts with his two sons. Known as the “Fun Dad,” he accompanied many scout fundraisers, outings, campouts, and hikes, often devising new ways to pitch tents, cook meals, and blaze uncharted trials. His experience as a boy roaming the Ruby Mountains with his brothers made him a very skilled outdoorsman, and he enthusiastically loved sharing his appreciation of nature (and knowledge) with everyone. In 1984, Hank moved his family to SLC to be closer to his brothers and worked at Amherst Cabinets for several years before working as a Manager/Cook at West Valley Billiards (which he loved as it reminded him of his Arctic Circle days). While he manned the grill, there was no better breakfast to be had in West Valley, especially if you ordered the French Toast. Hank was preceded in death by his wife, Toni (Pitcher) Davies and is survived by sons Chad (Kathy) Davies of Barnesville, GA, Christopher Davies of SLC, and three grandchildren: Josh, Michael & Sophie Davies of SLC. Hank’s sons wish to extend their sincere thanks to the families of Brad & Pauline Davies, Brenda & Rich Butler, Jack & Dorothy Fritz, and the crew at West Valley Billiards (his home away from home) for always looking out for and including Hank in their lives. They are also grateful to the Veterans Administration Hospital and Mt Olympus Hospice for taking such great care of Hank in his final days.

Henry &#8220;HANK&#8221; Davies was born in Elko, NV to Henry & Frieda (Voight) Davies on August 24, 1937 and passed away peacefully on December 14, 2018 in SLC. A Memorial Service for Hank will be officiated by Pastor Curtis Price and held... View Obituary & Service Information

The family of Henry O Davies Jr. created this Life Tributes page to make it easy to share your memories.