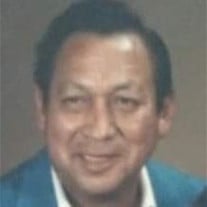 Henry (Hena, Hayna, Grant) Morris Grant Lewis, 82 passed away peacefully on April 30, 2017 surrounded by his family. He was born on August 5, 1934 to Wilma G Hatchett Lewis, and Henry P Lewis in Winnebago, NE. He graduated from Winnebago High School and had received a scholarship to play football at Morning Side College. To avoid being drafted into the Army during the Korean War he joined the Air Force 4 Sep 1952. He had assignments in Gila Bend, Arizona, and Alaska. He was an air traffic controller, radio controller, ground radio operator. He was honorably discharged on 3 Sep 1956. He moved to Utah and worked at Hill AFB for a short time and then became a heavy equipment operator. He worked on Causey Dam and Willard Bay. He then went to work for Consolidated Freightways in Ogden, after 5 years he was laid off, he moved his family down to Texas and worked for PPG in Corpus Christie. Consolidated called him back so he moved his family back to Utah where he worked until his retiring date of Aug 5th, 1999 with 32 years of service awarded for 3 million miles. The last 18 years of his life he traveled, spent numerous hours and days with family especially the grandchildren and great grandchildren. He also had an extended family he loved dearly He enjoyed fishing, hunting, drinking coffee and visiting with friends around the campfire. He was a proud member of the Fraternal Order of Eagles for 30 years. Henry is survived by his loving wife of 39 years Cheri, 7 children; Bill Lewis, Jim Lewis (Cindy) Kathy Franke (David) Jaton Murray (John) Tina Malone (Derik) Tasha Lewis (Ryan Green) Mo Lewis, 26 grandchildren and 18 great grandchildren. He was such a loving husband father and grandfather and he had a nickname for each one of them. He will be so missed by all of them. Henry was preceded in death by his first wife Faye, brothers Kenneth and Robert, his mother Wilma and father Henry, 2 great grandsons Chase, Gage. Viewing will be on May 3, 2017 between the hours of 6-8 pm and May 4, 2017 9:15 – 10:45 at Congressional United Church of Christ 3350 Harrison Blvd Ogden, UT Funeral service will be held at 11:00 with interment at Evergreen Cemetery 145 Monroe Blvd Ogden, Utah. Luncheon to follow at the Ogden Eagles 975 Wall Ave, Ogden, Utah 1-3 pm. The family would like to thank IHC Hospice for their kind and loving care, also the extended family and friends for all their contributions and support.

The family of Henry Morris Grant Lewis created this Life Tributes page to make it easy to share your memories.