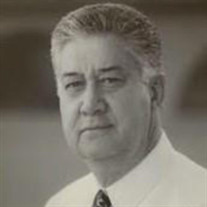 Howard Fredrick Wolfgramm 1941 - 2021 Howard Fredrick Wolfgramm passed away on May 11, 2021. He was born to Ferdinand Frederick Wolfgramm (Vuna) and Bertha Veronica Schulke on March 27, 1941 in Neiafu, Vavau, Tonga. Howard moved from Tonga to New Zealand as a young boy; the family then moved to America when he was 12. They lived in Bountiful, Utah before moving to Mesa, AZ just prior to Howard serving a Mission in the Tongan Mission, where he spent most of his mission serving in Fiji. He married Jannifer Kay Cooper in 1968. They have 7 children, Rachelle Tahi Berger (John), Tamara Ofa Feinga (Johnny), Ryan Vuna Wolfgramm, (Stacey), Tai Ieli Wolfgramm (Adrianne), Tara Talei Wolfgramm, Jared Ma’afu Wolfgramm (Cat), Troy Afu Wolfgramm, (Sandra), 19 grandchildren, and 2 great grandchildren. Howard received a Bachelors and Masters degree from Arizona State University. He taught science at Powell Junior High School in Mesa, Arizona. Then his career path changed when he returned to Fiji as the Director of Schools for the Church of Jesus Christ of Latter Day Saints, from 1976-1980. Upon returning to the United States he served as Institute Director in Albuquerque, NM. In 1993 he was called to be Mission President of the Fiji, Suva Mission, where he and his family served from 1993-1996. After this mission he returned to Arizona where he continued working for the Church Education System. As a member of The Church of Jesus Christ of Latter Day Saints Howard held numerous ward and stake callings as a teacher, young men’s leader, Branch President, Stake President, and as a temple ordinance worker. He was a humble servant of the Lord who impacted many lives. Services will be held 5:00 pm, Thursday, June 3, 2021 at the Gilbert Arizona San Tan Stake Center, 4170 S Ranch House Parkway, Gilbert, AZ 85297. The viewing will be from 3:00 to 4:45pm.

The family of Howard Fredrick Wolfgramm created this Life Tributes page to make it easy to share your memories.