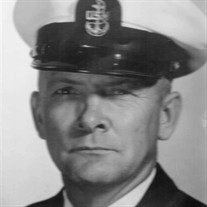 Our beloved dad, husband, brother, uncle, grandfather, great-grandfather, great-great grandfather and friend passed away March 5, 2021 at home with his family around him at the age of 95. Jack was born in Des Moines, Iowa on August 16, 1925 to Grant Raymond and Lavinia Marie Ballard Raymond. He was the 5th of 6 children, and married the love of his life, Mary Lou Mohler, in 1946. Jack is survived by his wife, Mary Lou, and all six of their children. He was predeceased by his parents, all 5 of his brothers and sisters: Clifford Raymond, Norman Raymond, Grant Raymond, Marie Robbins, Katherine Bower; and one grandson, Jeffrey Raymond Funk. Dad met our mother, Mary Lou Mohler, when she almost knocked him off his feet. It was ‘ladies choice’ at a local roller skating rink, and she wanted to skate with HIM. Dad says they were a well-known item around town for their two-stepping on skates. Not long after they met, they were married and began their 74 year marriage together. They are the proud parents of six children: Tom (Bev) Raymond, Linda (Channing) Funk, Dave (Joan) Raymond, Patricia (Don) Iverson, Tina Raymond, and Cindy Raymond Bailey. They have 14 grandchildren, 35 great-grandchildren, and 3 great-great grandchildren. Dad told many fond tales of times in the river bottoms along the levy and the Des Moines River. He cherished many memories of childhood with his friends and family, and loved to tell the stories to whoever would listen. At the age of 10 his mother died and he was sent to live with his Aunt Kate on the farm. He had many stories of the farm and the lessons learned there. He attended school in a one room school house and completed his G.E.D. in the U.S. Navy. On August 17, 1942 he enlisted in the U.S. Navy with a group of friends, and with the permission of his Uncle Steve. He was proud to serve his country, and did so for 21 years, serving in World War II, Korea, and Viet Nam. He served in many capacities on various types of naval vessels in the Atlantic and Pacific oceans. While serving in the Navy he was a boxer, fire fighter, instructor, softball player and coach, captain’s orderly, ‘captain of the head’, and aircraft carrier catapult and arresting gear crew chief. His last ship was the USS Hancock CV-19. When he retired from the Navy, he went to work for the United States Postal Service, and retired after 18 years of service carrying the mail. He enjoyed interacting with the patrons and kids on his route, and making many friends at the various Post Office locations where he worked. Throughout the years, Dad was involved with many ball teams, bowling leagues, and horseshoe pitching. He loved every minute of it, but especially the friends that he made. He was always willing to give advice and could see where you might need a little bit of a change to make your delivery better. ‘Practice, practice, practice’ he would say, and ‘compute that’ when you did it right. He enjoyed mentoring and teaching neighborhood kids and also volunteered to teach bowling and horseshoe pitching to elementary school children, always emphasizing good sportsmanship. He was the Utah State Horseshoe Pitching Champion in 1982, and several other years he was at the top of his class. He pitched in many World Horseshoe Pitching Tournaments and got his wife, all 6 kids, and some grandchildren pitching with him. He was inducted into the Utah Horseshoe Pitching Hall of Fame in 2016. And, he was bowling on 3 bowling leagues per week, until the month before his death. He will be sorely missed, and fondly remembered by a multitude of family and friends. A celebration of his life will be held to honor him June 17th, 2021 at the LDS Meetinghouse located at 8061 South 615 East in Sandy, Utah from 5-8 pm. Condolences can be sent to the family at www.premierfuneral.com.

The family of Jack G Raymond created this Life Tributes page to make it easy to share your memories.