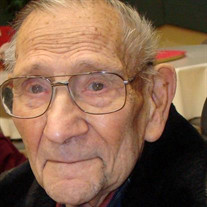 Jacobus James Waterreus was born on June 24, 1922 in Rotterdam, The Netherlands. He passed away on September 21, 2021 in Orem, UT with his son by his side. He was 99 years old. Jim had a happy childhood with many friends, including a little girl who lived next door to his family. His peaceful life was disrupted by World War II. Jim joined the Dutch military and then the Dutch Underground to help protect his family and his country. His heroic efforts to find food for his family and the family next door were the main reason both families survived the war. After the war, Jim married his long-time friend from next door, Petronella (Petra) Bosma. They were married on July 18, 1945, and then immediately moved to Indonesia, as The Netherlands was still suffering from the devastation of the war, and there were no jobs available there. Jim and Petra enjoyed their time in Indonesia very much. The highlight of their lives there was the birth of their son, Jeroen (J) in 1953. They had to leave Indonesia when the government was overthrown, so they moved to the interior of Brazil and back to The Netherlands after that. When they decided to immigrate to the United States, Petra and J. stayed in The Netherlands with family while Jim moved to the U.S. to find work and get settled. Petra and J. joined him a year later. Jim and his family settled first in New Jersey, but they also lived in Pennsylvania; Maryland; Houston, TX; and San Diego, CA before moving to Utah in 1983. Jim worked in various industries, including car repair, apartment management, and building maintenance, which he was doing at Brigham Young University when he retired. He loved working with his hands and made many ship models and beautiful carvings of wooden ducks. After Petra passed away in 2014, Jim relied heavily on his son for help and companionship. They had an incredibly close bond and loved being together. They loved going on cruises together and spending time with extended family during the holidays. In the words of his son, J., “My father is, and always will be, my hero.” Jim is survived by his son, Jeroen, his daughter-in-law, Dottie, and his granddaughters Jana and Jessie. According to his wishes, he will be cremated. There will be no services. The family would like to thank those from Aspen Senior Care, I Care, and Cascades at Orchard Park who helped care for Jim. We also want to offer a huge thank you to Diane Singleton who spent many years caring for both Jim and his wife.

Jacobus James Waterreus was born on June 24, 1922 in Rotterdam, The Netherlands. He passed away on September 21, 2021 in Orem, UT with his son by his side. He was 99 years old. Jim had a happy childhood with many friends, including a little... View Obituary & Service Information

The family of Jacobus James Waterreus created this Life Tributes page to make it easy to share your memories.