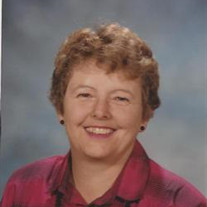 Although we sadly see the passing of our beloved mother, grammy, wife and sister, those on the other side joyfully welcome home one of God’s choice daughters. Jacqueline Stone Christensen passed peacefully in her sleep on Sunday morning, April 27, 2014 after a long but graceful battle with Multiple Sclerosis and diabetes.   She was born August 8, 1939 in San Fernando, California, the youngest daughter of Joseph and Vada Stone. She lived a charmed and joyful childhood in southern California where her father owned and operated a grocery store frequented by such celebrities as Abbott and Costello and others. Her family moved to Berryville, Arkansas where she graduated High School, and cultivated her lifelong love of reading and her desire to become a teacher. She pursued her teaching certification at Brigham Young Academy and received her Bachelor degree in secondary education in the spring of 1961.   Jackie was set up on a blind date with Merritt by their roommates.   Funny thing is, they both slept through that movie, but didn’t know the other one had until after they were married! Both working, and attending college full time, they were both exhausted for their date. It was a whirlwind romance that lasted just 6 months and culminated in their sealing for time and all eternity in the Salt Lake LDS Temple on November 18, 1960.   The following January, Jackie moved back in with her girlfriends to continue her schooling, while Merritt left for basic training in the US Army at Fort Ord in California. He returned in time to see her graduation from BYU.   After her graduation, Merritt and Jackie relocated to Tacoma, Washington. It was there that they were welcomed their first child, a son, Bruce, in May of 1962. Even as a new mother Jackie was gifted in her ability to gently love and nurture each and every child in her classroom as if they were her own.   Upon completion of his service, Merritt took a job for the state of Utah, and the family moved to Salt Lake City, where they added another son, Brian, in March of 1966. Jackie was somehow able to balance the demands of her young sons while teaching 4th grade at Redwood Elementary in Salt Lake City for 4 years.   In 1966 Merritt took a job moving the family out of state and away from everything familiar and everyone they loved. Far away in Crystal Lake, Illinois they made a home. Jackie taught 2nd grade at Barrington Elementary for 2 years before she settled in the 4th grade at Coventry Elementary for 32 more years, During this time, they were blessed with a long-awaited daughter, Beverly, in June of 1973 and they knew their family was complete.   Jackie was faithful member of the Church of Jesus Christ of Latter-day Saints, who used her many talents to serve in numerous capacities. Among them, she served as President of the Relief Society, Young Women’s organization and Primary, counselor in the Stake Relief Society, a Temple Worker in the Chicago, Illinois Temple and a hostess at the Joseph Smith Memorial Building in Salt Lake City, Utah. She shared her testimony of the restored gospel of Jesus Christ and her beloved Savior through her service as well as her example.   She was a woman of action. She was always on the go, whether it was watching her children’s sporting events or competing with her golf and bowling leagues. She enjoyed painting ceramics with her girlfriends and volunteered much of her free time to usher at BYU Football, Basketball and Women’s Basketball games. At the age of 51, she ambitiously went back to school to pursue her Master’s of Education from National Louis University. She loved to travel and was able to visit nearly all of the 50 states as well as to travel abroad. Her grandchildren were her pride and joy and she cherished every opportunity she could to gather them in her lap and read to them.   When retirement brought them back to Utah, Jackie and Merritt loved being closer to their young grandchildren and extended family. She loved reconnecting with old friends and relatives. She enjoyed spending her time volunteering and meeting new people. One of her favorite volunteer positions was hosting for the Winter Olympics in 2002. Even though she became quite ill a few years after moving here, she never complained, but remained positive and pleasant throughout her ongoing pain and increasingly difficult struggles.   She will be missed but never forgotten. Pieces of her and what she shared will live on in the countless lives she touched. We are grateful for the many lessons she taught to so many, both in and outside of the classroom. Her genuine friendship and sweet smile will be missed by many, but her light will continue to shine on as she watches over all of us.   Jacqueline is survived by her husband, her sister (Mildred Tonks), three children Bruce Christensen of Keller, TX; Brian (Paula) Christensen of Houston, TX; Beverly (Kelly) Soutas of Orem, UT, and 14 grandchildren.   Funeral services will be 11:00 am, Friday, May 2, 2014 at the Suncrest 9th Ward LDS Chapel, 130 North 400 West, Orem, UT with a viewing at the church Thursday from 6 to 8 pm and Friday prior to services from 9:30 to 10:30 am. Interment at the Redwood Memorial Estates in West Jordan, UT.

Although we sadly see the passing of our beloved mother, grammy, wife and sister, those on the other side joyfully welcome home one of God&#8217;s choice daughters. Jacqueline Stone Christensen passed peacefully in her sleep on Sunday morning,... View Obituary & Service Information

The family of Jacqueline Lee Stone Christensen created this Life Tributes page to make it easy to share your memories.

Although we sadly see the passing of our beloved mother, grammy,...