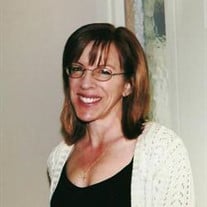 Jan Sutton, beloved wife, mother, grandmother, sister, daughter, and friend, passed away peacefully on August 6 in Ogden after a valiant battle with cancer. She was born prematurely in Ronan, Montana, on December 29, 1956, and also left us all too early. Jan was beautiful, optimistic, fierce, brave, feisty, bossy, outspoken, loving, relentless, competitive, mischievous, generous, and inspiring. She battled cancer with such grit, determination, and optimism that we all fully believed that she would conquer it. She grew up in Lynchburg, Virginia, where she attended Holy Cross Catholic School, and she graduated from Roanoke Catholic High School. She received an AAS degree from Community College of the Air Force. She served in the U.S. Air Force from 1978–1994 and worked as a civilian contractor until 2011. During her career in the military, she lived in Georgia, Idaho, Arizona, and Utah. Wherever she lived, she hosted epic dinners for service members and other friends who were far from home. In 1996, she married Lonnie Sutton in Dugway, Utah. When she retired, she and Lonnie became foster parents, taking in 13 foster children over four years in their home outside of Ogden. Her FaceBook profile says, “full-time stay-at-home mommy and wife, and I love it.” Jan had a deep, abiding faith in God, which carried her through her struggle with cancer and led her always to try to help those less fortunate. She was a warm soul who had great love and concern for others. She was a beloved member of the Genesis Project church in Ogden, Utah. She is mourned by a legion of loving friends from her church, school, military, and neighborhood communities. She is survived by Lonnie; her children Sara L. Snider, Elizabeth Anne McFarland, Mariah Hope, Breion Sutton, and Ulric Sutton; her parents, Philip J. and Carolyn M. Dellwo; her sisters Lisa Dellwo Schlesinger and Clare Dellwo Cole; her brothers Stephen F. Dellwo and Martin J. Dellwo; and her grandson Brandon Puskar. She was preceded in death by her sister Anne Marie Dellwo. A funeral celebration will be conducted from 12:30-2:00 p.m. on Monday, August 11 at Utah Veterans Cemetery and Memorial Park at Camp Williams, 17111 South Camp Williams Rd., Bluffdale, Utah. A service in the chapel will be followed immediately by interment with military honors. In lieu of flowers, a memorial gift can be made in Jan's name to the American Cancer Society.

Jan Sutton, beloved wife, mother, grandmother, sister, daughter, and friend, passed away peacefully on August 6 in Ogden after a valiant battle with cancer. She was born prematurely in Ronan, Montana, on December 29, 1956, and also left us all... View Obituary & Service Information

The family of Jan Marie Sutton created this Life Tributes page to make it easy to share your memories.