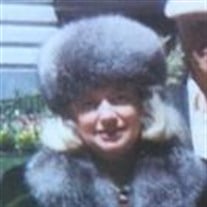 Jane Culver Papworth Gundersen passed away of natural causes at the age of 72 years, in her home in Holladay, Utah on Friday, May 12, 2017. Her husband, David Whitney Gundersen, preceded her in death by one year and one month. On August 8, 1944, Jane was born to Major Bryant Robinson Papworth and Eleanor Jane Sturges Papworth at Salt Lake Regional Hospital in Salt Lake City, Utah. Jane’s mother was raised in Woods Cross, Utah. Jane was proud of her family heritage which included a Revolutionary War veteran. In 1989, she was admitted to the Daughters of the American Revolution and she also maintained membership in the National Society of Colonial Dames. Early on, Jane sought education and an assortment of activities in her life including attending Fort Smith Community College in Arkansas. Jane loved dancing and eventually became a ballroom dance champion. She and her husband, David, enjoyed dancing together. Jane was employed in several different occupations throughout her life including truck driver, shoe salesperson, and restaurant worker at Ruby’s Deli. Her greatest occupational passion, however, was breeding prize winning pedigree Beagles in her kennel and raising race horses. In 1968, her Beagle Elsy’s Trick or a Treat, was named Champion by the American Kennel Club. Jane married William Howard Green and was blessed with two children, Catherine Green in 1963 and David Robert Green in 1968, in Albuquerque, New Mexico. On June 5, 1987 she was thrilled to marry David Whitney Gundersen. Their loving and joyful relationship lasted twenty-eight years until his passing last year. Active all her life, Jane enjoyed a variety of events and hobbies. She enjoyed fishing and held a fishing license for most of her life. She was a member of The Order of the White Shrine Jerusalem (Bethlehem Shrine). Jane was also an avid collector of Norman Rockwell memorabilia and focuses primarily on stamps and mugs. Later in life, she adored the company of her pet cats and spent many hours playing with them. She also became a bingo champion, playing 4-6 cards simultaneously, at her local senior center. She regularly enjoyed restaurants, especially the buffet at Chuck-A-Rama and local Chinese cuisine. More than anything else, Jane treasured being with her grandchildren and attending family events. Weddings and reunions were favorites and she rarely missed any. We are grateful for the tender mercies of our Heavenly Father, which are forever in all things. Please remember Jane with us at a celebration of her life to be held at the LDS Chapel located at 1985 East Gundersen Lane in Holladay, Utah on Saturday, May 20, 2017 from 11:00 a.m. until Noon. A half hour viewing will precede the services and afterward a graveside dedication will be held at Elysian Gardens. After the graveside dedication, please join us for a meal at Jane and David’s favorite restaurant, The Chinese Buffet located at 4500 South and State Street in Salt Lake City. Please tell others who may want to attend. In lieu of flowers, memorial donations may be made to the Mount Olympus Senior Center, 1635 E. Murray Holladay Road, Salt Lake City, UT 84117 or online to: Salt Lake County Aging and Adult Services.

Jane Culver Papworth Gundersen passed away of natural causes at the age of 72 years, in her home in Holladay, Utah on Friday, May 12, 2017. Her husband, David Whitney Gundersen, preceded her in death by one year and one month. On August 8,... View Obituary & Service Information

The family of Jane Culver Papworth Gundersen created this Life Tributes page to make it easy to share your memories.