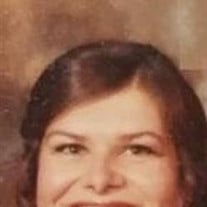 Janilyn Sharp Andrus Graham – beloved daughter, sister, mother, grandmother and friend, returned to her Heavenly Father on October 8, 2015. She was born April 14, 1950 to Bonnie Sharp Andrus and M. Darnell Andrus in Murray, Utah. She was the oldest of nine children – 3 boys and 6 girls. Jody Jenkins, Teri Jackson, Barry Andrus, Rand Andrus, Tracy King, Daren Andrus, Alison King and Erika Iverson. She was a member of the Church of Jesus Christ of Latter-Day Saints and grew up in a religious home. She held many different callings within the church during her lifetime. Jani had a great love for her Savior and always tried to follow His commandments. Jani loved school when she was young. She attended Draper Elementary and graduated in the Class of 1968 from Jordan High School in Sandy. She also attended three years of Seminary and graduated from that as well. Her favorite subjects and interests were Writing, History and Drama. She applied these skills later as a young mother when she wrote and directed the Sandy 17th Ward Roadshow, receiving an award for “Outstanding Production”. Jani was known as a friend to all her classmates and always had a smile and a word of encouragement. She was nominated as Sweethearts Queen her sophomore year and enjoyed participating in extra-curricular activities. Later in life she would go back to school at Salt Lake Community College and was certified as an Office Technician in 2003. In 1971, Jani married Marvin L. Graham and was later sealed in the Salt Lake Temple. They settled in Sandy, Utah and went on to have seven children: Angela Marie Graham Anderson (Marvin), Travis Marvin Graham (Keera), Amber Lynn Tate (Phil), Trenton Randolph Graham (Tasha), April Camille Young (Clint), Trevin Shane Graham (Isabel) and Anthony Andrus Graham (Angeline). Later they divorced and Jani bought a home in Sandy where she lived with her younger two sons. Jani suffered from health problems and suffered a debilitating stroke. She spent her remaining years in a care facility in Salt Lake City, Utah. Jani had many interests. She loved reading good books, studying scriptures, writing, and spending time with her family. She always said her greatest joy and accomplishment was being a mother to seven beautiful children. She loved to share in her children’s’ interests and always shared what they were doing with her friends and family. Jani adored her grandchildren and loved to spoil them with treats when they would visit. Nothing could bring a smile to her face more quickly than being with her grandkids. Jani was a strong woman with strong opinions and a personality to boot. She taught her kids to be hard workers and good citizens in the community. She loved to have fun and laugh. She made sure her children had life experiences through sports, the arts, and across country road trips. She was a giving person that taught her kids how to be helpful and serve others. She will be greatly missed, but we know that we will all be able to see and embrace her again one day and it will be a wonderful reunion. Jani is preceded in death by her father, and her granddaughter Jacie. The Funeral service will be 11:30 a.m. Tuesday, October 13th at the Draper LDS Church, 633 East 12300 South, Draper City, Utah. Friends and family may attend the viewing from 10:00 – 11:15 a.m. Interment will be at the Draper City Cemetery directly after the service.

The family of Janilyn Sharp Andrus Graham created this Life Tributes page to make it easy to share your memories.