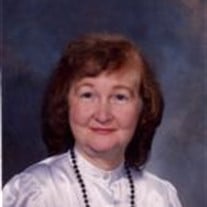 Jeanne Van Orden Hauley Spackman, 85, passed away October 6, 2010 in Orem, Utah. She was born in Bingham Canyon, Utah, June 20, 1925 to Sylvin L. and LaVinia G. Van Orden. She was their first-born child. Two brothers and a sister were later added to the family. She lived in various places when she was a young child but eventually moved with her parents to Idaho Falls, Idaho where she spent her growing up years until she was seventeen and a half. At that time in her life she had enough credits to graduate from high school early and left Idaho Falls mid-year to take a job in Ogden, Utah. She moved to Wichita, Kansas in 1951, and began employment at Beech Aircraft, first as an inspector and then later as a statistician. Jeanne knew the value of hard work. She was a dependable employee. She almost never took a day off work and often went when she didn't feel well. She provided total financial support for herself and her children with unfailing consistency. She was a valued employee at Beech Aircraft and was promoted to Crew Chief in 1980, which entailed supervision of a number of employees. She retired in August of 1991 after 40 dedicated years with the company. She moved to Orem, Utah in 1993 to be near her two children, Richard and Carol, who have always been guided by the example of her work ethic. Jeanne always liked to be busy. She loved working in her yard, cross stitching, and playing the organ. She enjoyed hunting for antiques and displayed a number of those special pieces in her home. And, of course, she especially loved her toy poodle, Sassy, who gave her so much happiness and companionship. Jeanne served faithfully in the Church of Jesus Christ of Latter-Day Saints, holding many callings, until her health no longer permitted it. She was also a volunteer at the Family History Center in Orem and a Pink Lady at the Utah Valley Regional Medical Center for many years. She was generous with her time and resources and was beloved by her grandchildren. All through her years, Jeanne had long time friendships with people who knew and loved her. Everywhere she went, she had acquaintances that became good friends. Some of those friendships lasted more than 50 years. Jeanne was always up front with people and wasn't false in her friendships. Everyone always knew where they stood with her. The last six years of Jeanne's life were especially difficult as she struggled with dementia and failing health but her strong spirit manifested itself on many occasions. She was a favorite of her caregivers. The family would like to give special thanks to the staff at Canyon Breeze Senior Living in Orem and A+ Hospice for their kind and loving care of Jeanne. Jeanne is survived by her two children, Richard (Karen) Hauley, and Carol (Art) Sandgren; brother, Dell (Sharon) Van Orden; 12 grandchildren; 27 great-grandchildren; and 1 great-great-grandson. She was preceded in death by her parents, her brother Roy Lynn, and her sister Naola. Funeral services held Thursday, October 14, 2010, at 11 a.m. in the Relief Society Room of the Orem Aspen 2nd Ward building, 828 W. 1600 N., Orem, Utah. A viewing will be held prior to the services at the same location from 10:30 to 11:00. Interment , Pleasant Grove City Cemetery.

Jeanne Van Orden Hauley Spackman, 85, passed away October 6, 2010 in Orem, Utah. She was born in Bingham Canyon, Utah, June 20, 1925 to Sylvin L. and LaVinia G. Van Orden. She was their first-born child. Two brothers and a sister were later... View Obituary & Service Information

The family of Jeanne Van Orden Hauley Spackman created this Life Tributes page to make it easy to share your memories.