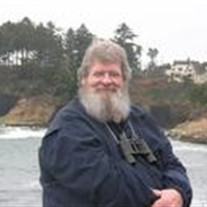 Jeff Clifford Jensen, Our dear sweet husband, dad, papa, uncle, brother and best friend passed away Saturday, April 20, 2013 of causes due to a hard fought battle against a rare form of cancer. In Jeff’s battle against this horrible disease, he taught us about courage, love, patience, hope, faith and dignity. Jeff (or Jedi as he was known to close family and friends), was born in Seattle, Washington on July 11, 1951 to Sterling Moroni and Betty Marie Ballard Jensen. He grew up in Salt Lake City, Utah and Eugene Oregon. He attended Curtis Elementary, Clayton Jr. High, Highland High and graduated from South Eugene High School in Eugene, Oregon in 1970. We will miss his smile, his laugh, his wonderful sense of humor, his kind eyes and hands, but mostly his great hugs. Jeff was a member of the LDS Church. His spirituality and the great example he set for his family was especially evident in his last days as he shared his knowledge of “the gift of total enlightenment” that he received just prior to his passing. He testified to the promise of eternal life, the power of forgiveness, the importance of service to our fellowman and the pure love of God. Funeral services will be held 11:00 am, Saturday, April 27, 2013 at the Summit Ridge Ward in Herriman, 14868 South 5015 West. Viewings will be held at the church on Friday from 6:00 to 8:00 pm and Saturday prior to services from 9 to 10:45 am. In lieu of flowers, donations can be made to Primary Children’s Medical Center Foundation/NICU in Jeff’s name/P.O. Box 58249, SLC, UT 84158.

Jeff Clifford Jensen, Our dear sweet husband, dad, papa, uncle, brother and best friend passed away Saturday, April 20, 2013 of causes due to a hard fought battle against a rare form of cancer. In Jeff&#8217;s battle against this horrible disease,... View Obituary & Service Information

The family of Jeff Clifford Jensen created this Life Tributes page to make it easy to share your memories.