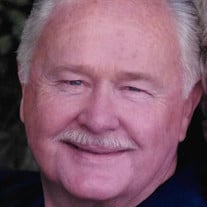 Jerald J Hunter, “Jerry”, beloved husband, father, grandfather and brother returned to his Heavenly Father and loved ones on Saturday, April 27th, 2019 following a sudden illness. Jerry was born on December 31st, 1939 in Ogden, Utah to Marvin Hunter and Lois Heslop Hunter. He was raised in the Bay area of California along with his younger brother, Keith. He served a mission for The Church of Jesus Christ, of Latter-day Saints in the West Central States Mission. While on his mission and attending a dinner with the Russell family he was introduced to a young lady named Tamara. They continued corresponding with letters and eventually he married his eternal companion, Tamara NaDean Russell in the Cardston, Alberta, Canada temple on June 20, 1963. He served in the U.S. Army and retired from the National Guard after 25 years of service. He graduated from Weber State University with a degree in accounting and worked in the banking industry for over 35 years. He lived in South Ogden. He served faithfully in various callings in several wards and stakes of The Church of Jesus Christ, of Latter-day Saints. After his retirement he traveled to fun places with Tamara and helped care for his grandchildren. He took great care of his family, especially during the time of his son’s illness and passing. He loved spending time with his family, cuddling with his cat Roxie, and going to car shows. He was frugal with his money and was always looking for a good deal. He taught his kids about hard work and service to others. He loved our yearly family vacation to Snowbird. He was sometimes gruff, but always had a tender and loving heart. We love you Dad! He is survived by his wife of over 55 years, Tamara, his brother Keith (Rosalee) and his children, Garry (Tina) Hunter, Diane Hunter, Lisa (Chad) Walton and Steven’s wife, Jennifer Hunter Davis. He has 13 wonderful grandchildren, Christina (Brandon) Krause, Jessica (Ryan) Peterson, Zachary (Maddyson) Hunter, Alexis Hunter, Corbin (Dakota) Hunter, Kylee Hunter, Kiersten Hunter, Carson Hunter, Gabrielle Walton, Lucas Walton, Zoe Walton, Jake Walton and Olivia Walton and 4 great grandchildren, Cooper Hunter, Edward Krause, Hadlee Peterson, and Everett Hunter. He is preceded in death by his parents, baby sister, and his son, Steven Jay Hunter. A viewing will be held on Wednesday, May 1st from 6-8 pm at Premier Funeral Services, 5335 South 1950 West in Roy, Utah. A viewing will also be held on Thursday, May 2nd from 1030-11 am at the Burch Creek Stake Center/5th ward, 4955 Adams Avenue in South Ogden. Funeral services will follow at 11 am. Final internment will be West Weber cemetery.

The family of Jerald "Jerry" J Hunter created this Life Tributes page to make it easy to share your memories.