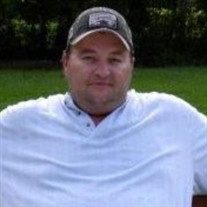 Jerry Lee Romano, born Jerry Lee McCombs, died unexpectedly on 07 Jan, 2021, while recovering from COVID, a heart attack and a broken hip in Salt Lake City, Utah at the age of 47 years old. Jerry is survived by his biological parents, Linda Wright Romano and Charles Ingram McCombs Sr, his children and stepchildren Austin Brashier, Jared Romano and Skyler Romano, his brothers: Charles Ingram Romano and Keith Frances Romano, his half-sisters Wendy McCombs and Tonya Escobar, his grandmother Phoebe Romano and his former wife, Christy Brashier. He is preceded in death by his sister Kimberly Lynn McCombs and his adopted father, Rosario “Russ” Joseph Romano, Jr of Baker, LA. Jerry was born on 28 June 1973 in Milton, FL and grew up in Baker, LA where he enjoyed playing Little League baseball, football and wrestling. Some of his most treasured times were his family’s vacations at Pensacola Beach. After several years of working for the family newspaper delivery business, Jerry graduated Truck Driving school and traveled to over 42 U.S. states. Later, he returned to Baker, LA to buy his first home and start a family. His children were his proudest accomplishment. For the last 8 years, Jerry has lived in Salt Lake City Utah, with his long-time girlfriend Kari Davis. Jerry’s family and friends will forever remember him as a kind father, brother, son and friend who encouraged them to laugh, wake up early for work and to root for the LSU Tigers and the New Orleans Saints. He loved to tell stories of his travels, debate current affairs and regale friends and family with tales of the best food from anywhere, America. Due to the ongoing COVID pandemic, a celebration of life service is planned to welcome friends and family to a brief gathering in the Spring or Summer of 2021, when restrictions on travel have eased. Condolences can be sent to Linda Wright Romano and Skyler Romano on Facebook. Jerry’s family would like to thank our Friends and extended Family for their kind words as we remember Jerry, whom we loved dearly.

The family of Jerry Lee Romano created this Life Tributes page to make it easy to share your memories.