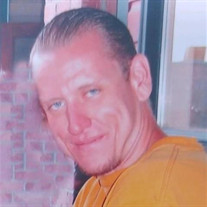 Jesse Russell Cummings, 38 of Salt Lake City, Utah passed away unexpectedly on September 25, 2019. Among the many who grieve his loss are his family who he loved beyond measure. He is survived by his loving little sister Ashley Cummings Layman and her husband Collin, their children Kai'Dyn Wayne, Aeris Linda Nerissa, Dominic Jax and Alexis Jade of West Valley, Utah. Also survived by his brother-like cousins Josh Poole and his wife Kayti and their children Rose and Navy of SLC Utah, Jared Poole and his wife Kayla and their children Zade and Aleeya of St. George Utah, Ross McCormack and his wife Shannon and their children RJ, Alannah, and soon to be born McKenna Jesse (her middle name in loving memory of her Uncle Jess) of Brockton, MA, his Gramps Wally Murphy of Brockton MA and Nana Claire Cummings of Brockton, MA. His loss is also felt profoundly by his aunts, uncles, cousins, friends and colleagues. He was preceded in death by both of his parents, his big brother Wayno, Nana Pat Andrews, Grandpa Al Andrews, Grandpa Charlie Cummings, Auntie Laurie Murphy-McCormack, Uncle Gary Cummings and his most beloved dog MoJo. Born Sept. 17, 1981 in Stoughton MA to Wayne Jonathan Sr. and Linda Murphy Cummings. His family moved to Utah in 1986 where he was raised and graduated from Alta High School in 1999. He joined the United States Navy in 2000 and was later honorably discharged. He moved between Utah and Massachusetts several times in his life. He attended the University of Utah for most of his studies, then finished and graduated from Bridgewater State University in Massachusetts with a Masters Degree in Geological Sciences in 2014. He also graduated from the U of U Web Development Program in 2018. He then finally landed a job relating to his degree at ALS Environmental as an Inorganic Laboratory Technician. He loved the outdoors and loved hiking especially in Millcreek Canyon. He really missed the mountains of Utah when he was in Massachusetts. He loved writing poetry and expressing himself through writing. He had a thirst for knowledge and loved doing math for fun. He never judged people and liked to be the peacemaker. He always stood up for the underdog. His nieces and nephews meant the world to him and he was so proud to be an Uncle. He would do anything for them. He always had a duffel bag ready and filled with toys for his nieces and nephews whenever he saw them. Jesse once said that being an Uncle just might be his calling in life. After he received his “Best Uncle Ever” hat from the kids for Christmas, you would never see him without it on his head. He was very intelligent, thoughtful and loved beyond measure. He was a very spiritual person and was very involved with the VA Sweat Lodge where he found peace and comfort as well as another family. He will always be known as a kind and down to earth man with a great sense of humor. He will be greatly missed by all of us still here, but our loss is someone's reunion. We know he is in Heaven with the rest of his family having the best reunion ever! Friends and family are invited to a memorial service and gathering that will be held Saturday, October 26, 2019 at Premier Funeral Services in Midvale, UT (67 E 8000 S) from 6-8 pm to honor Jesse's life. If anyone would like to help out with the memorial services there is a fund set up at America First Credit Union under Jesse Cummings Memorial Fund account #9112897.

Jesse Russell Cummings, 38 of Salt Lake City, Utah passed away unexpectedly on September 25, 2019. Among the many who grieve his loss are his family who he loved beyond measure. He is survived by his loving little sister Ashley Cummings Layman... View Obituary & Service Information

The family of Jesse Russell Cummings created this Life Tributes page to make it easy to share your memories.